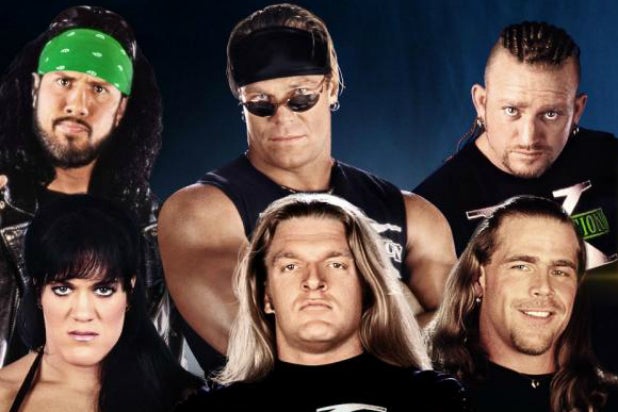 D-Generation X has three words for you: Hall of Fame. DX, the legendary WWE faction, will be inducted into the WWE Hall of Fame as part of the Class of 2019. They are the first inductees to be announced for the honor this year.

For the purposes of their group induction, DX consists of Triple H, Shawn Michaels, Road Dogg, Billy Gunn, X-Pac and Chyna. The 2019 WWE Hall of Fame Induction Ceremony is set to take place on Saturday, April 6 at the Barclays Center in Brooklyn, NY. WrestleMania 35 takes place the next night at New Jersey’s MetLife Stadium.

With the nod, Michaels becomes a two-time inductee, just like his idol Ric Flair. Chyna posthumously takes her rightful place in the Hall.

“Ravishing” Rick Rude was a periphery member of Degeneration-X, referred to as the original lineup’s (Michaels, Triple H and Chyna) “insurance policy.” He’s not included here, but perhaps Rude will get a shoutout during the acceptance speech.

Michaels and HHH, the leaders of DX, were lewd, rude and in-your-face, bucking authority and letting anyone in their way know that they had two words for them, per WWE’s own description. Their penchant for crossing the line with regularity led to Bret “Hitman” Hart calling Michaels “nothing more than a degenerate,” which the Heartbreak Kid embraced, sparking the idea behind the alliance’s name.

Those aforementioned “two words” were “Suck It,” which was accompanied by a crotch crop.