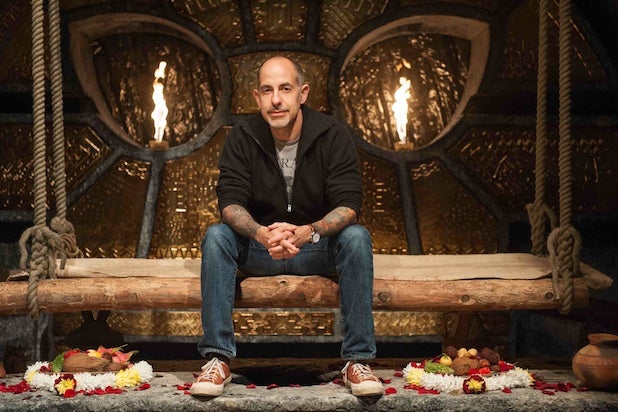 On the sophomore season of Starz series “Da Vinci’s Demons,” which re-imagines Leonardo Da Vinci’s younger years, the story moves beyond Italy and travels to far off places.

With much less to go off of during those formative years, the show tries to find grains of truth about his life and expand them – years before he became the man who painted the “Mona Lisa,” the “Last Supper” and created the “Vitruvian Man.”

“The more I read about him, the more I realized that what we thought we knew about him was inaccurate,” creator David S. Goyer, who wrote movie “Man of Steel” and is currently adapting DC Comics’ “Constantine” for NBC, told TheWrap.

“Leonardo was this really multi-faceted character,” he continued. “He was probably bipolar, definitely drank a lot, was a very volatile person and he was thrown in prison several times. You don’t get thrown in prison that many times if you’re not one to speak your mind.”

Season 2 continues to explore unknown elements about Leonardo as the story leaves Italy and he continues his quest to find the mythical “Book of Leaves,” which may hold untold truths and could help him find the mother who abandoned him.

“Even shows that purport to be ‘historically accurate,’ they’re not,” he said. “You couldn’t do a historical docu-drama about Da Vinci. Historians can’t even agree on which paintings he actually painted. My point is Da Vinci was bigger than life even when he existed. He was even then a Paul Bunyan-type character and people told tall tales about him.”

Here are 5 things to expect on Season 2.

1. A darker Leonardo
Season 1 opened much more lighter and frothier as Leonardo progressed from inventor to jailed sodomite and then a call to arms. Season 2 will explore less jovial times for the renaissance man.

“There’s a big difference between making war machines and watching them used against others,” the producer said. “And a lot of stuff blows up in Da Vinci’s face at the end of the first season. Season 2, he has to sort of face up to that.”

2. More blood spills in Italy
On the final episode of Season 1, Lorenzo (Elliot Cowan) survived a Roman conspiracy to assassinate him and his brother – who wasn’t so lucky.

“Shortly after that, Rome and Florence go to war with one another that gets a lot bloodier,” Goyer said.

3. The bromance is over?
Part of what made Season 1 so great was the friendship between Leonardo, Zoroaster (Gregg Chillin) and Nico (Eros Vlahos). But, the bromance will take a hit this season.

“One of the themes of Season 2 is he’s still really hell bent on this quest,” Goyer said. “And he may be so hell bent on it that he’s willing to sacrifice some of his friends in order to achieve what he wants.”

Nico aka Machiavelli, who will later write “The Prince,” takes a darker turn under the tutelage of Riario (Blake Ritson).

4. Who really discovered the New World?
In the spirit of finding some little-known fact about Leonardo and expanding upon it, the series looks to tales that he traveled to the New World – years before Christopher Columbus “discovered” those lands.

“I always intended for the show to group beyond the bounds of Florence and Italy,” Goyer said. “Even in my first summary document for the series, I said that we’re going to go the East and and the Americas. That was my intention and we do it this season.”

5. Less lovin’ for Leonardo
A hot-button issue during Season 1, which explored when the artist was tried for sodomy, Season 2 takes a step back from focusing on Leonardo’s bisexuality.

“It’s not like Starz said, ‘Don’t do that anymore.’ It’s just that the story went into a different direction on Season 2,” the producer clarified. “It’s discussed several times on the second season. It’s not like it never happened.”

Watch previews of Season 2 below: