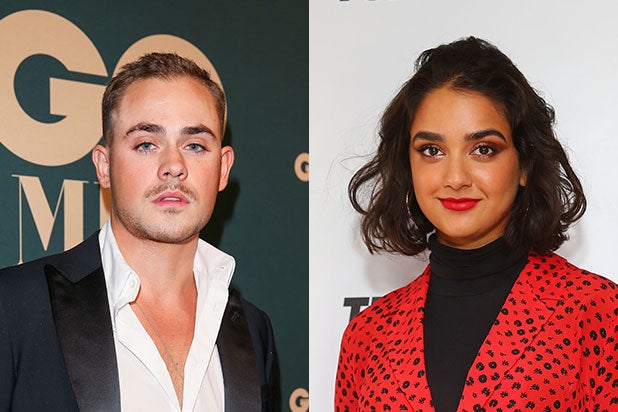 Dacre Montgomery (“Stranger Things”) and Geraldine Viswanathan (“Blockers”) are set to star in Natalie Krinsky’s directorial debut “The Broken Heart Gallery,” which Endeavor Content will launch sales for at the 2019 Cannes Film Festival later this month.

Utkarsh Ambudkar (“Brittany Runs a Marathon”) will also star in the project, which will be produced by No Trace Camping’s David Gross, Jesse Shapira and Jeff Arkuss, as well as Mason Novick and Michelle Knudsen. Selena Gomez, Mandy Teefey and Josh Clay Phillips of No Trace Camping are executive producing.

No Trace Camping is financing the romantic comedy as well, which is set to start production in August. Endeavor Content and Jamie Feldman of Lichter, Grossman, Nichols, Adler, Feldman & Clark are handling worldwide sales.

Montgomery recently starred in the second season of Netflix’s “Stranger Things,” as well as Lionsgate’s “Power Rangers.” He will next star in “Stranger Things” season 3. He is represented by WME and 3 Arts Entertainment.

Viswanathan broke out in “Blockers” opposite Leslie Mann and John Cena. She also recently starred in the coming of age drama “Hala,” which premiered at the 2019 Sundance Film Festival. She is represented by WME and 3 Arts Entertainment.

Ambudkar starred opposite Jillian Bell in “Brittany Runs a Marathon” and is currently in production for “Free Guy” opposite Ryan Reynolds. He will also star in Disney’s “Mulan.” He is represented by Gersh and 3 Arts Entertainment.

Krinsky’s writing credits include “Gossip Girl” and “Grey’s Anatomy.” She also most recently adapted Gillian Flynn’s “The Grownup.” She is represented by WME and Gotham Group.