Michael Jackson’s father declared Sunday before the BET Awards that he and his wife have sole authority over their late son’s affairs.

Joe Jackson said in a statement read on the red carpet that he and his wife Katherine have the "personal and legal authority to act, and have authority for our son and his children."

Funeral arrangements are still being worked out.

Separately, despite statements from the LAPD on Friday, there is an ongoing criminal investigation into the death of Michael Jackson, an insider close to the family told TheWrap. That was confirmed Sunday morning by Matt Alford, attorney for Jackson doctor Conrad Murray.

Alford told MSNBC Sunday morning that Jackson owed Murray — who reportedly gave up his practice to follow the pop star on the London tour — $300,000.

Murray was at the singer’s side when he went into cardiac arrest. It has been reported that the physician who is licensed to practice medicine in several states including California, administered the Demerol, a powerful painkiller, shortly before Jackson began to have trouble breathing. (Photo of Jackson in ambulance from ETOnline.) 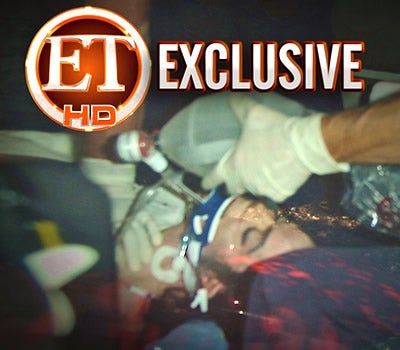 Police on Friday impounded his BMW, which was parked at Jackson’s rented Bel Air estate. It was suspected the vehicle might contain potential forensic evidence.

Murray, who met on Friday and Saturday with LAPD investigators, has been the subject of criticism from the Jackson family. On Saturday, at the behest of his parents, Jackson underwent a second autopsy by an independent forensics expert to gain more details about his death.

The results of this autopsy are not immediately known, but the family insider told TheWrap it was in likelihood performed at an undisclosed funeral home where the singer’s remains were taken after his body was released to his parents

The Rev. Jesse Jackson told "Good Morning America" on Saturday that family had numerous questions about the circumstances surrounding Jackson’s death and the possibility he had been injected with Demerol, to ease the pain caused by rehearsals for his upcoming 50-concert London tour.

"When did the doctor come? What did he do? Did he inject him? If so, with what?" Jackson said. "Was he on the scene twice? Did he use the Demerol? It’s a very powerful drug. Was he injected once? Was he injected twice?"

The criminal investigation is only one of the latest developments in the already chaotic world that Michael Jackson has in the wake of his death on Thursday. A major custody battle of Jackson’s children also looms.

Jackson’s first wife, Debbie Rowe is the leading contender to gain guardianship of the two children the couple had, Paris and Prince Michael I, but a child welfare expert said Rowe would have to be investigated thoroughly before the kids would be turned over to her.

If Rowe gains custody of her children with Jackson, she would be entitled to child support from the singer’s estate. This could be worth millions of dollars annually because she would be entitled to raise these kids an environment commensurate with the financial state of their father. This would mean that the children might be able to live in an estate with their mother paid for by the assets of their dead father.

And despite his money woes, Jackson could be worth more than $1 billion, thanks to his one-half share of the Sony/ATV catalog and other holdings like Mijack, the singer’s catalog of his own songs, whose sales have exploded since the singer’s death.

However, the cash-strapped Jackson also borrowed against that catalog for years, and his finances are considered to be a hopeless tangle.

At present, the children are residing with Jackson’s mother, Katherine, in her Encino home, owned by her late son. 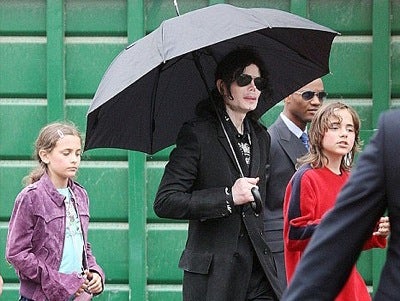 Jackson has at least two wills, maybe more, but even if he left orders about whom he wanted to care for his children, the DCFS expert said, that meant nothing to child welfare officials.

“They would do what is in the best interests of the children and not what he wanted,” he said.

Jackson fathered two children, Paris, 11, and Prince Michael I, 12, with Debbie Rowe, who at one point in their lives, turned over sole custody to Jackson but retained visitation rights. She later changed her mind and pressed the matter in a legal dispute.

The outcome of this was that the judge in the matter restored maternal custody to her, even thought it was believed that Jackson paid her to remove herself from their lives. Now that Jackson is dead, there appears to be a clear path to Rowe becoming their rightful guardian as their mother. That is, the child welfare expert said, if she is fit to be a mother who has custody of her children.

The Jackson family source said there is no issue about whether Jackson used a sperm donor to impregnate Rowe and the kids could be vulnerable to a father who claimed parenting rights to his off spring. Jackson told the family friend that he was the father.

However, Big Hollywood reported Debbie Rowe made claims just before Jackson’s passing that he was not the father of her children and that she has made similar claims in the past. Jackson attorney Brian Oxman dismissed her claims as unreliable.

But if true, Rowe would be violating a confidentiality agreement she signed, Oxman told the site “The contract says she would hold the birth of the children, the lineage, their parenting and how they were taken care of would be held in confidence and not be disclosed in public to anyone. That agreement survives the death of Jackson.

The third child, Prince Michael II, is the product of a surrogate mother, and she signed off any rights in a legally binding contract, the family insider said.

“On the third kid, we would have to see the legal documentation between her and Jackson,” the DCFS expert said. “If he is the biological son of Michael, it would mean that he biological grandparents, Joe and Katherine, could gain custody of him. But once again there are issue regarding Jackson’s father potentially being considered a parent who physically abused Michael and his other brothers.”

Final Rehearsal Filmed in HD; Could Be CD, DVD