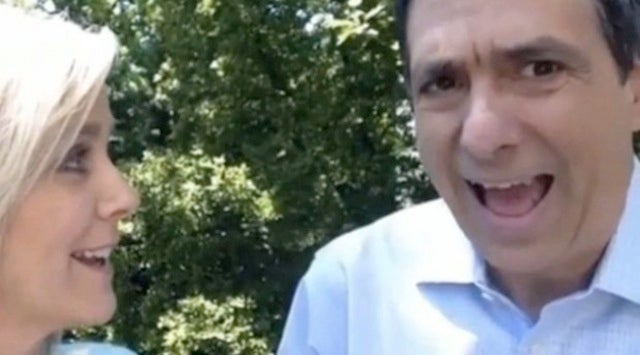 Daily Download founder Lauren Ashburn is joining Fox News and Fox Business Channel as a contributor, according to her LinkedIn profile. She'll join her close friend Howard Kurtz at the channel.

Ashburn's video venture came under fire in May when questions arose over Kurtz's involvement. Although the former "Reliable Sources" host and Daily Beast writer claimed he was simply an "unpaid advisor" and "freelance contributor," he frequently co-hosted the show with Ashburn — including in biweekly appearances on PBS NewsHour — and promoted it on his Twitter feed.

The move shouldn't come as a surprise to anyone who has followed Kurtz and Ashburn's careers recently. They've been closely linked. Aside from the Daily Download, Ashburn was a contributor at the Daily Beast, where Kurtz was the Washington bureau chief, from January 2013 until July 2013. He was fired from the Beast in May for "serial inaccuracy," Tina Brown would later say, although Kurtz said his exit had been in the works because both parties were moving in "different directions."

Kurtz left his longtime CNN gig hosting "Reliable Sources," on which Ashburn frequently appeared, in June for Fox News. His appearances on the network have been few and far between so far, but his own show is said to be in the works.

Requests for comment from Ashburn and Fox News were not returned.