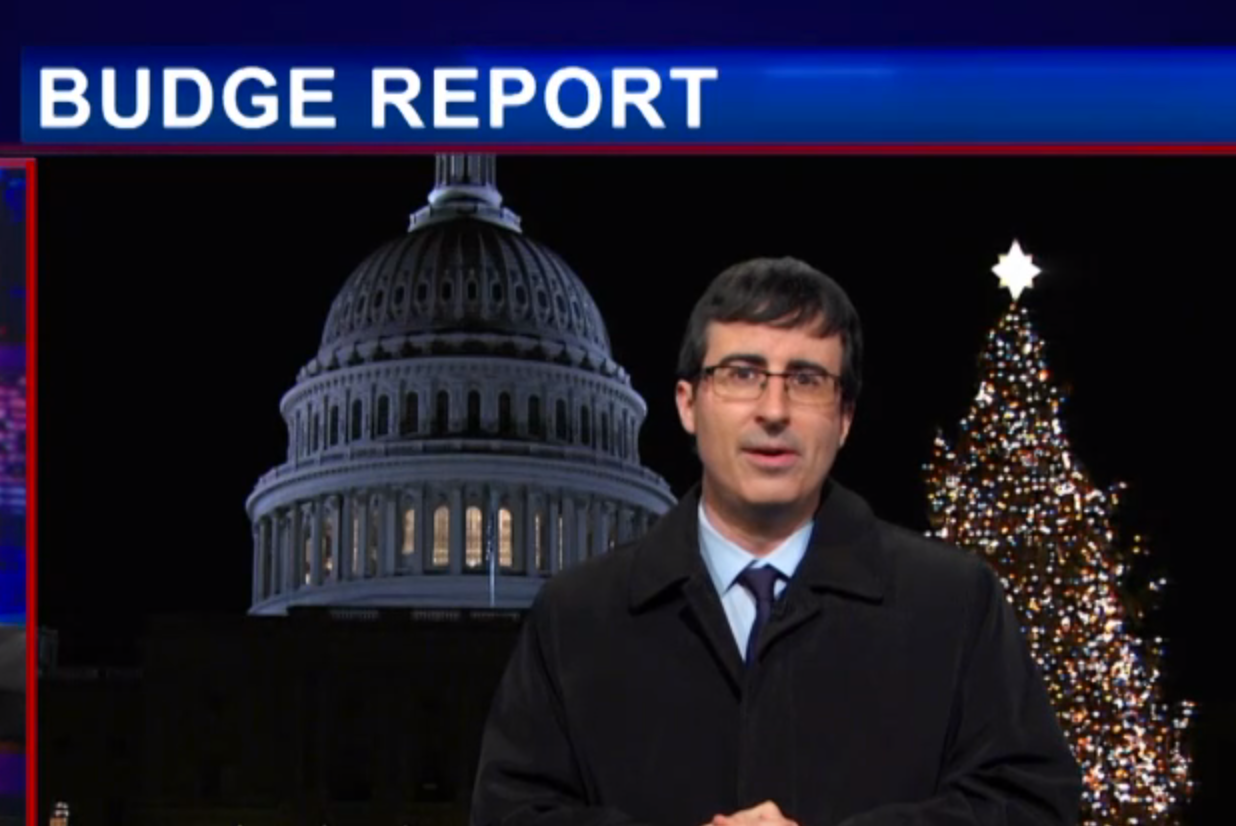 News that Congress may have reached a budget deal that will help it avert another government shutdown was greeted with a series of hosannas by John Oliver on Wednesday’s “The Daily Show.”

The agreement is modest in scale, but after a steady stream of legislative disasters, Oliver was left reaching for the proper cinematic moments of uplift to describe his euphoria.

“This deal is miraculous,” Oliver said. “It’s the whale jumping over the kid at the end of ‘Free Willy’ and not getting a drop of water on him.”

“This deal is Charlie Bucket inheriting an entire factory full of chocolates and slaves,” he added.

“On the scale of miraculous congressional achievements this budget bill ranks up there with the Civil Rights Act and a 90 percent incumbency rate,” Oliver said.

But will it stick? After all, congressional leaders have reached tentative deals before only to have them rejected by their rank-and-file members.

In this case, Oliver said that the spouses of congressmen and women may be holding the whip. “The Daily Show” correspondent cut to a CBS News report that members of congress’ wives had threatened to leave them if negotiations break down and ruined their Christmas holidays.

“Our elected representatives all head home for a merry triple X-mas,” Oliver said. “There’s going to be a lot of stockings being stuffed.”