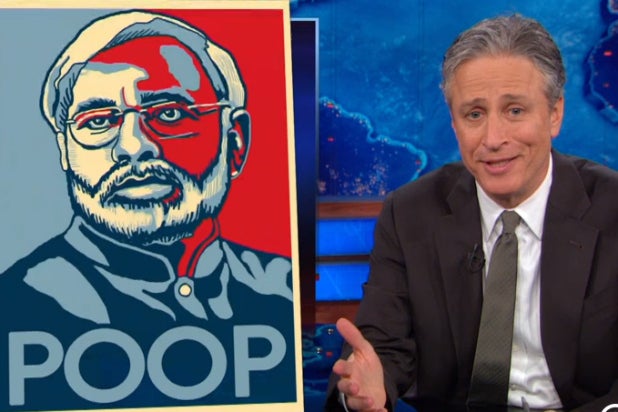 India is the home of “technological wizards,” “colored powders” and “bread that appears to need to need sauce and cheese” — oh and “crazy sex positions,” Jon Stewart summed up on Thursday’s “Daily Show.”

It is also the place that just elected a new prime minister on Friday, Narendra Modi — which Stewart could not have known at the time.

Still, the Comedy Central host could make fun of the then-frontrunner, which wasn’t too hard, considering Modi’s platform to improve infrastructure used the following campaign slogan: “Toilets Not Temples.”

Stewart suggested another: “Change You Can Relieve In.” Then he unveiled the perfect campaign poster.