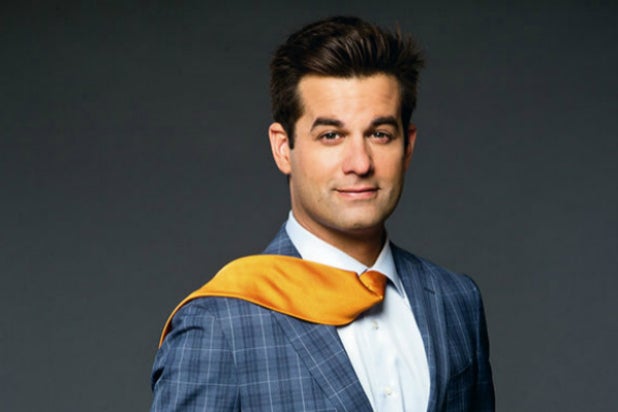 Michael Kosta of 'The Daily Show'

“The Daily Show With Trevor Noah” has added Michael Kosta to “The Best F#@ing News Team.” The stand-up comedian will make his first appearance on the show tonight with an in-studio desk piece.

Kosta most recently was host and co-executive producer of “The Comment Section” on E! He was also a co-host on Fox Sports 1’s “Crowd Goes Wild,” on which he and Regis Philbin lead a panel of experts in a lighthearted look at the world of sports.

The former pro tennis player also starred on Comedy Central’s Snapchat series, “Worst Birthday,” which is based on his podcast. He also had a half-hour stand-up special on the Viacom cable network in 2011, and has appeared on its “@midnight.”

Also Read: Trevor Noah on His Post-Trump Ratings Bump: 'We're Benefiting From a Bit of Turbulence'

Additional credits for Kosta include Leno’s “Tonight Show,” “Chelsea Lately,” “Conan” and “Late Night With Seth Meyers.” He also played a know-it-all correspondent for E!’s “The Soup Investigates,” and was also a guest host of G4 series “Attack of The Show.”

Kosta is represented by ICM Partners and managed by Jordan Tilzer at El Centro.