On Wednesday’s “The Daily Show,” correspondent Jaboukie Young-White took aim at an issue a lot of us are going to have to deal with pretty soon: how to re-enter society after the quarantine without looking like a monster.

The gag, “How to Unquarantinify,” focused on the critically important topic of eating in public. And while the advice was, well, let’s be honest pretty terrible, it was also hilarious.

First, Young-White reminded people that the first thing to know about eating in public is “it’s all about posture.” He then explained how chairs work — since most people have grown accustomed to eating on their couches — and also included a very good pun about legendary pop singer Cher, which we won’t spoil except to say he pronounced her name “Chair.” Also, he reminded people that most restaurants don’t allow people to bring sex swings in with them. 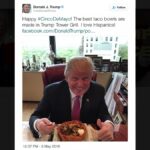 Second, Young-White reminded people that they’ll never be “Saved by the Bell” character A.C. Slater “and you never f—ing will be,” just in case people want to try and use chairs the way the character, played by Mario Lopez, did on the 1990s show.

Third, Young-White explained how people should order their meals — first and foremost by not spraying restaurant servers with bear mace. But, if you trust them, he recommends people “do buy molly from them.”

And finally, Young-White reminded people “don’t forget to chew,” and even included a helpful step by step guide to it.

You can watch the whole thing in the video at the top of the page.