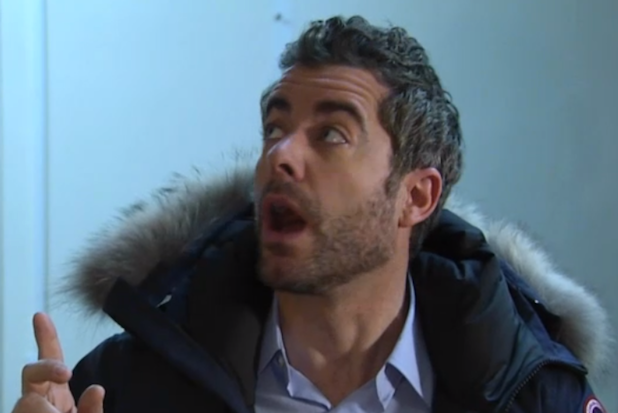 In his time in Russia, Jason Jones discovered that the people of the vast, frozen, politically troubled country all share, at the very least, a national philosophy: “Don’t be a pussy.”

It’s a saying in the country, according to one Russian woman that he interviewed, and it’s obviously her credo: her hobbies include walking on the narrow roofs of buildings and putting the video on YouTube.

In a sense, though, that’s rather mild compared with some of the other people that Jones highlighted and interviewed. The cast of characters including a political reporter and dissident who was delayed by four hours because he was being apprehended by the government (his office, as a matter of course, was bugged by the police, too) and Yekaterina Samutsevich (who was also being bugged).

All in all, it was obviously a fun vacation.