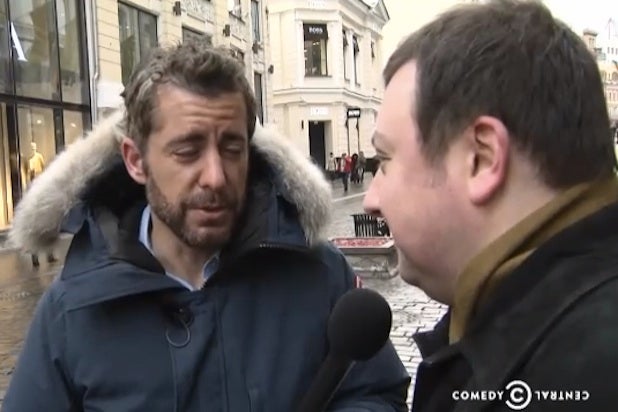 “Daily Show” correspondent Jason Jones was shocked to find rampant homophobia on the streets of Moscow (or “Sochi-ish” as the show likes to describe the Russian capital.)

“I’m tired from (sic) this issue!” Markov barked at Jones.

“I only had one thought: ‘Boy, do I owe Rick Santorum an apology!'” Jones quipped in a voiceover.

Jones tried in vain to find sympathy for gays among the hoi polloi in Moscow but anti-gay sentiment was so widespread even young people espoused homophobic views.

He did eventually find one woman who was protesting the government’s treatment of LGBT people.

“This is one of those points where I don’t have any irony, I just kind of want to give you a hug.”