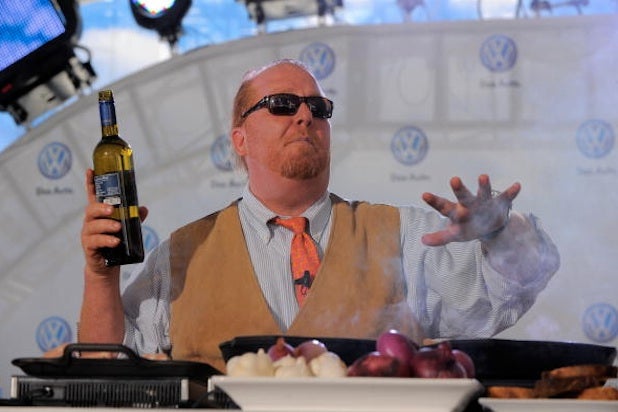 French video sharing site Dailymotion is throwing its hat into the original programming ring, challenging the other cord cutting big dogs including Netflix, Hulu Plus and Amazon Prime.

The orange-Croc loving celeb-chef will host a 22 minute cooking/music hybrid show with musical guests exclusively on Dailymotion. Upcoming episodes will feature such luminaries as The Edge, Flea, Patti Smith, Perry and Etty Farrell and Josh Groban.

“Mario will explore creativity through the lens of cooking,” explained Roland Hamilton, Dailymotion’s US Managing Director. “Mario has a great conversation, they move to the kitchen and then there’s a performance piece. We’re really excited on the platform.”

Hamilton said the idea came from researching user viewing habits which showed heavy interest in both music and cooking videos.

Other shows are also in development, but Dailymotion hopes “Feedback Kitchen” will make a splash.

Content will be available on Dailymotion’s app on Roku, Xbox and iPhone.

“We’re going to be very judicious in picking our programming,” Hamilton notes.

“It’s our particular goal to package and distribute our own original IP that captivates and engages our existing community of over 127 million global viewers season after season,” he added.

While the website boasts 230 million unique views a month, they have a lot of catching up to do to get to YouTube, who has 1 billion views a month.