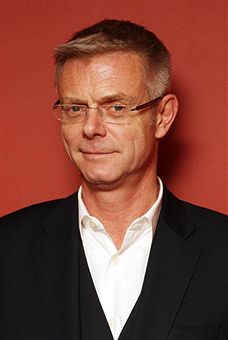 According to the L.A. Times, Daldry has joined the list of prestigious contenders to direct "Breaking Dawn," signaling that Summit is serious about its high-brow intentions for the fourth film in the franchise. "Breaking Dawn" will be split into two movies, with the first film likely shooting this fall.

Sofia Coppola, Bill Condon and actual auteur Gus Van Sant have all been resently approached to direct. None of the filmmakers, including Daldry, have indicated they would actually accept the gig should it be officially offered to them.

At this rate, twice-nominated auteur Quentin Tarantino will wind up directing "Breaking Dawn," since Summit seems to have its eye on every filmmaker ranging between reigning Best Director Kathryn Bigelow and, uh, Uwe Boll.

David Slade, who the L.A. Times also refers to as an auteur (easy there guys!), directs the third film, "Eclipse," which will surely ‘eclipse’ everything at the box office when it opens on June 30.

Daldry is no stranger to "Twilight’s" themes of forbidden love and family alienation, having previously directed "Billy Elliot," "The Hours" and "The Reader," all of which earned him nominations for Best Director. Summit’s creative stance is certainly encouraging, but I’m not sure why Daldry would join this franchise and thereby submit to the whims and demands of millions of teenage female Twi-hards.