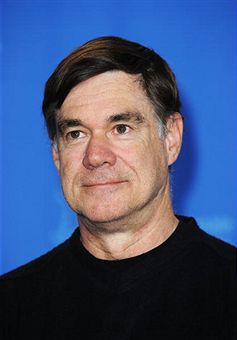 Summit has approached Gus Van Sant, Sofia Coppola and Bill Condon the blockbuster vampire franchise, EW said. Only Van Sant has confirmed that he’s been approached, although Kristen Stewart seemed to confirm the other offers to MTV News.

"Breaking Dawn" will likely be split into two movies, either because it makes narrative sense, or because Summit can earn twice as much profit that way. Melissa Rosenberg is currently working on a detailed outline — but don’t expect any of these directors to officially come onboard until they see a script, especially Coppola, because as The Playlist points out, she’s pregnant and currently laboring to finish her new movie "Somewhere."

Are any of these "prestige" directors are a good fit? I don’t think so — not for this overly commercial material. Fans of these filmmakers would prefer them to work on original, uncompromising stories such as "Lost in Translation" (Coppola), "Milk" (Van Sant) or "Gods and Monsters" (Condon).

Of course, I’ve never actually seen any of the "Twilight" films, but after reading Devin Farafci’s take on "Breaking Dawn" at CHUD, I’m inclined to give the series a shot and check it out, if only for this Kristen Stewart birthing scene that I’ve heard so much about.

And speaking of Stewart, Roger Friedman of the Hollywood Reporter’s ShowBiz411 reports that the actress will star opposite Julianne Moore in "Backwoods," an apocalyptic-themed movie that Moore’s husband, Bart Freundlich, is directing.

Freundlich previously directed Stewart in the 2004 comedy "Catch That Kid." The "Backwoods" cast is still coming together, but filming is expected to start this summer, when Stewart’s "Twlight: Eclipse" will still be in theaters.

NYU film school grad Freundlich hasn’t exactly made good on the promise of his 1997 film "The Myth of Fingerprints." He had "The Rebound," a little-seen indie starring Catherine Zeta-Jones, released last year, but he’s primarily been working in TV, directing episodes of "Californication," which stars his "Trust the Man" leading man David Duchovny.

A Hollywood marriage … the gift that truly keeps on giving. Oy!

In other deals reported Tuesday:

Out of deference to spoilers, they refuse to divulge what role Stone will play, but do reveal that Carell will play a cuckolded husband who is taught the art of womanzing by a slick bachelor (Gosling) after his wife leaves him.

"Bad Santa" writers John Requa and Glenn Ficarra will direct from a script by Dan Fogelman ("Cars," "Bolt"), which Vulture reviewed back in January.

The movie is definitely NOT a sequel to Dan Klores’ documentary "Crazy Love," or John Stockwell’s "Crazy/Beautiful," or the vintage Chris O’Donnell-Drew Barrymore movie "Mad Love," or any similarly-titled movies.

• Elsewhere, Deadline New York confirms a Playlist report that Oscar-nominated "Hurt Locker" star Jeremy Renner is eyeing a role in Paul Thomas Anderson’s untitled religious film, which stars Philip Seymour Hoffman as a charismatic leader who starts his own religion in the 1950s. Renner would play a young drifter (despite being 39 years old) who falls under Hoffman’s creepy influence and starts to question "The Master’s" teachings. I can already tell that Scientologists will be up in arms over this one, should it move forward.

Deadline confirms that Universal was going to finance the film but it seems they’ve shied away in lieu o the project’s $35 million price tag. Bill Pohlad’s River Road may come to the project’s rescue, as it did for Terrence Malick’s "The Tree of Life."

In my ever-humble opinion, PTA’s "There Will Be Blood" was the best film of the last decade, and if I had $35 million, I would cut him a check right now.