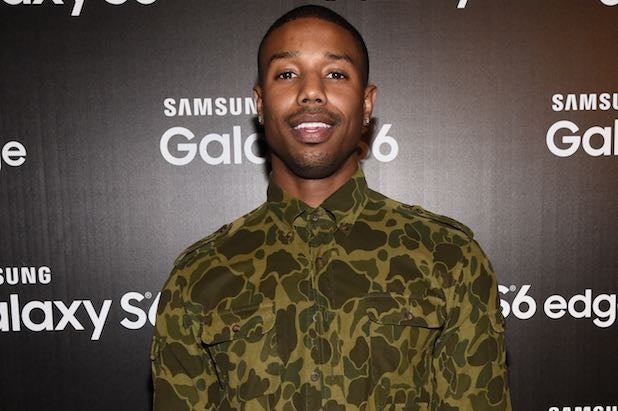 Michael B. Jordan made a plea for peace in the wake of the deadly police shootings of Alton Sterling and Philando Castile, as well as the assassination of five police officers in Dallas in the last week.

Speaking specifically of Castile and Sterling, the “Creed” star wrote on Instagram, “These are just a few of the countless incidents of violent neglect, poor training and lack of accountability that clearly illustrate one thing: Black people are being disproportionally dehumanized and murdered, this must stop!”

“I care about the safety of my black brothers and sisters and my blue ones too. There are no adequate words for the fallen officers in Dallas,” he continued. “From the bottom of my heart, I thank them for protecting the peaceful protestors, their courage and effort to support us is what we need more of.”

Jordan went on to say that he fears similar things could happen to his own friends and family, and that members of the black community feel the pain every time a police officer kills one of their own.

“Finding solutions in these times of survival are seemingly hard to identify but we must continue to keep moving forward,” he said. “Alternatively, violence is not the answer; it only begets more fear and violence. This is the time to unify; our communities, our churches and our homes.”

“Human progress is neither automatic nor inevitable. Every step toward the goal of justice requires sacrifice, suffering, and struggle; the tireless exertions and passionate concern of dedicated individuals.”