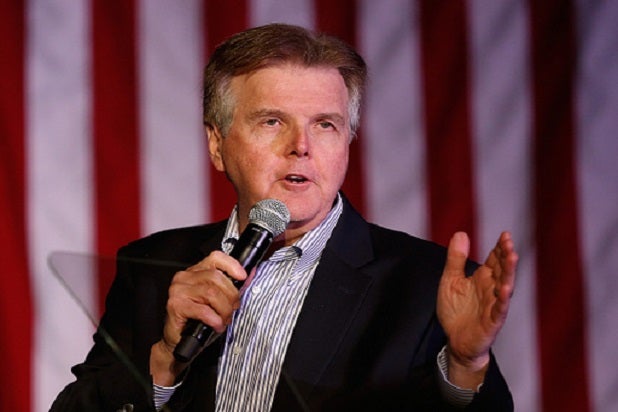 The people protesting police violence in Dallas on Thursday night when a sniper killed five officers are a bunch of hypocrites. At least, that’s the word of Texas Lt. Gov. Dan Patrick.

Patrick appeared on Fox News’ “Outnumbered” on Friday to denounce the protesters for expecting protection from the very people they were protesting.

“All those protesters last night, they ran the other way expecting the men and women in blue to turn around and protect them. What hypocrites,” Patrick declared. “All of these officers … lost their lives protecting people who were protesting against them. This has to end.”

The lieutenant governor said that police officers are one of the few groups of people who are required in their profession to risk their lives for others, regardless of their ideology.

“Every day when they go to work, part of their duty says, ‘If I have to give my life today for a stranger that I don’t know who’s another citizen, whether they’re for me or against me, I will.'”

Five police officers were killed Thursday night during a protest in Dallas when a sniper opened fire. The suspect, later identified as 25-year-old Micah Xavier Johnson, was killed by a bomb robot after he refused to surrender, police said.

Watch Patrick’s condemnation of the prrotesters below.