Ben Affleck and Matt Damon are reteaming as a production duo, and are in talks with Warner Bros. over a first-look 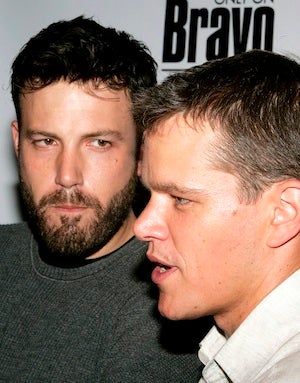 The Oscar-winning pair behind "Good Will Hunting" is negotiating with the studio that has worked with Damon on the lion’s share of his recent projects.

A Warner Bros. spokesperson would not confirm the negotiations, which were first reported the New York Magazine blog Vulture.

The longtime friends, who won the original screenplay Oscar for "Good Will Hunting" in 1997, went on to found the production company LivePlanet in 2000 with producers Chris Moore and Sean Bailey, most notably creating the documentary series "Project Greenlight" in addition to several feature films. In 2007, Affleck and Damon ended their film deal with Disney.

Damon is nominated for his role in the Warners film "Invictus"; Affleck in the upcoming Warner release "The Town," which he also directed and co-wrote.