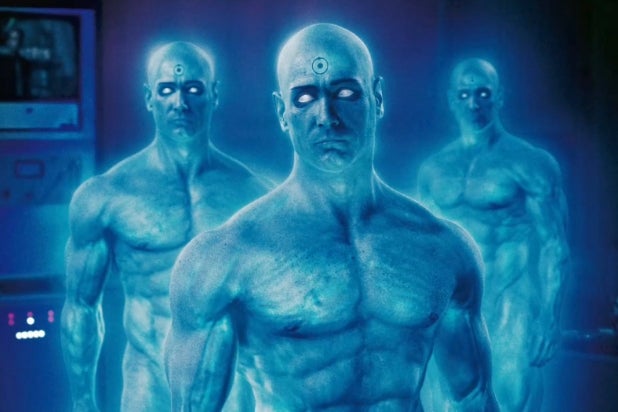 Prepare to drift non-linearly through the past and future! Writer and Producer Damon Lindelof has tarted pre-production on his HBO series “Watchmen.” And to prove it, he posted an image to instagram nodding to one of most iconic moments from the influential DC Comics graphic novel by Dave Gibbon and Alan Moore on which the show is based.

“Watchmen” is set in an alternate history 1985, in a United States where costumed vigilantes really did emerge during the 1930s and 40s. That first generation of heroes influenced the course of World War II and changed cultural attitudes about violence and justice. 20 years later, a second generation of vigilantes arises, one of whom has actual super powers, changing society from top to bottom. The Vietnam war ends with a total U.S. victory, Watergate never became public and thus Nixon remains president, and the U.S. maintains a superpowered tactical edge over the Soviet Union.

However, by 1985, freelance vigilantes have been outlawed and the remaining heroes are either retired, or work for the government. The story begins with a murder tied to their shared history, and using a combination of nonlinear and epistolery narratives, goes on to examine the moral and philosophical implications of a society that tolerates heroes.

That statuette in the photo above is a recreation of the one given to one of the original 1940s heroes when he retires (and is later an important plot point as the events of the story accelerate).

“Watchmen” was previously adapted as a 2009 film for Warner Bros. by Zack Snyder. The HBO series will be unrelated to that version.

Lindelof is coming off of “The Leftovers,” which he created, executive produced, and co-wrote for HBO. The show recently ended after three seasons.

His other credits include “Lost,” which he co-created with J.J. Abrams, along with the screenplays for “Star Trek: Into Darkness,” “Tomorrowland” and “World War Z.”