On Monday, right-wing radio host Dan Bongino joined the seemingly endless ranks of conservative media personalities who oppose vaccine mandates while managing to actually be vaccinated. And he suggests he might be willing to walk over them.

During Monday’s episode of his syndicated radio show, Bongino let his listeners know that he’s very angry about the COVID-19 vaccine mandate enacted by his show’s syndicator, Cumulus Media. So mad, in fact, that he said he might quit if the company doesn’t end the mandate. 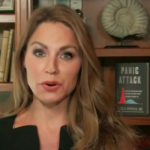 “So I’ll say again, I’m not going to let this go. Cumulus is going to have to make a decision with me — if they want to continue this partnership or they don’t. But I’m talking to you on their airwaves. They don’t have to let that happen. And I wouldn’t mind if they didn’t. Because it’s really unfortunate that people with a lower profile than me, who don’t have 300-plus stations, have been summarily either shown the door or been put in really untenable circumstances because they simply want to make a medical decision by themselves,” he continued.

Later in his monologue, Bongino said: “I have no intentions of letting these guys get let go, get harassed because they made a private and personal medical decision on only one of the biggest issues of our time.” It should, of course, be noted that Bongino is also an opponent of reproductive freedom for women.

Whether or not Bongino intends to make good on his threat to leave Cumulus Media remains to be seen. But if he did, it could be bad news for Cumulus. After Rush Limbaugh’s death earlier in 2021, Bongino took over his time slot and emerged as one of Limbaugh’s most likely successors in the conservative movement. His show now airs on 300 stations nationwide. 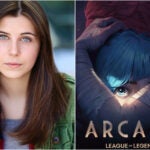 Bongino’s representatives clarified on Twitter that he is himself vaccinated, having received the COVID-19 vaccine on doctor’s orders during his battle against Hodgkin’s lymphoma earlier this year. “He is not resisting the vaccine mandate for himself but for other employees who don’t have a platform to fight back as they risk unemployment if they don’t comply,” his representatives said.