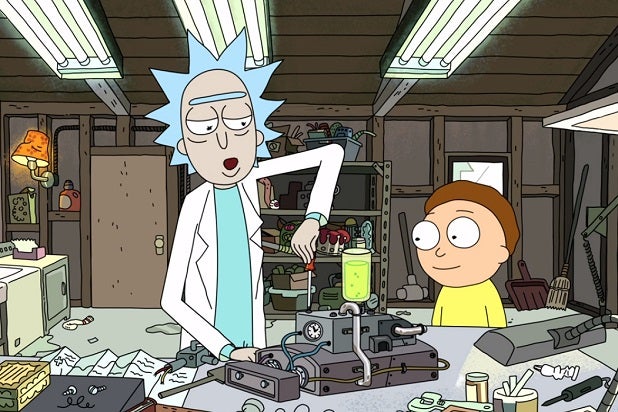 Dan Harmon is making up for lost time. A little more than five months ahead of “Rick and Morty’s” long-awaited return, the series co-creator is already mapping out ideas for Season 5.

In a pair of Instagram posts over the weekend, Harmon and fellow “Rick and Morty” writer Rob Schrab covered a table with post-it notes with ideas for the coming season. Some of the gems include “bark-nado,” “The People’s (Basketball) Court,” “Detachable Fingers (or Toes),” “Women Made of Fish,” “Trench Coat Made of Dreams” and “Rick Discovers the 11th Commandment.”

Before you get too excited, Harmon said these were not actual episodes… yet. But they all feel in-line with the humor that “Rick & Morty” fans have grown to love (and luckily do not feature any Szechuan Sauce).

The Harmon and Justin Roiland-created animated series was renewed by Cartoon Network’s Adult Swim for 70 more episodes last May. When Season 4 finally does premiere, it will have been over two years since the third season wrapped in October 2017.

That will mark the longest gap yet between seasons of the hit series, as the Season 1 finale aired in April 2014 and Season 2 premiered in July 2015. Then there was almost a two-year wait between when the second season finale aired in October 2015 and Season 3 premiered on April Fools’ Day 2017. The third season didn’t pick up with new episodes again until July of that same year.

At least Harmon and Schrab are already getting started with Season 5.

Okay there is one in here that I want to write