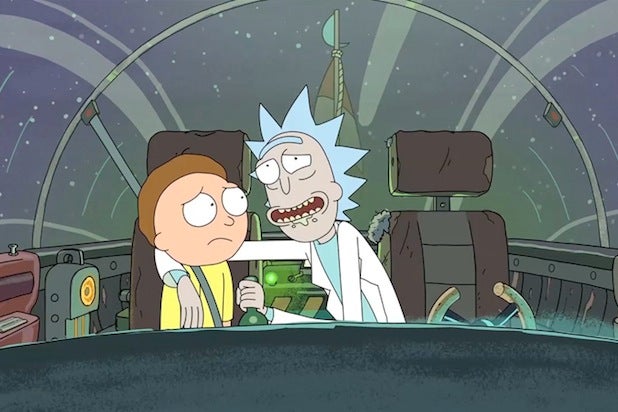 “Rick and Morty” creator Dan Harmon took to Twitter Saturday to shut down rumors that the reason Season 3 was taking so long was because of his feud with co-creator and star Justin Roiland.

Instead, he said that the delay is because writing a successful TV show that’s a critical and fan darling is hard.

“The reason S3 took long is because it took long to write, because it was S3 of a show that we were scared to make worse than S2 or S1,” he tweeted. “It’s a yet odd phenomenon. Tail-chasing, perfectionism, overthinking?”

Fans have been eagerly waiting for “Rick and Morty” Season 3 since the final episode of Season 2 aired October 4, 2015. An epilogue scene stated the new season would premiere in a “year and a half… or longer” but no concrete date has been announced. Since then, Adult Swim — the late-night programming block on Cartoon Network — has been tiding fans over with claymation shorts and the surprise premiere on April Fools Day, although no airing date for the rest of the season has been announced.

Also Read: Will 'Rick and Morty' Succeed in Bringing Back McDonald's Szechuan Sauce?

This had led to rumors that the show was canceled.

Harmon told Indiewire back in January that he and the rest of the team took the blame for the delay, sparking conversations about whether the lack of Season 3 was due to creative conflicts between Harmon and Roiland.

“We have fights all the time and then we have fights about why we’re having fights,” he said at the time. “‘Well, we didn’t fight during Season 2, that’s why it’s taking longer! All this fighting! So OK, let’s stop fighting!'”

In his tweetstorm, Harmon clarified his previous statements and iterated that stories about his and Roiland’s conflict are the “less boring reason” for the show’s delay and are, in fact, not entirely true.

“As I speak, more articles are coming out about me and Justin fighting,” he wrote. “Because it’s a less boring reason for a season to take long, And because I’m Dan Harmon, so it’s a smart f—ing first guess, it just happens to be hilariously not true even in the slightest. If you do know of me at all you know that if Justin and I HAD ever fought, not only wouldn’t we be able to keep it secret, We’d be all too eager to share it with you.”

(Harmon is famously open about his struggles with other people in Hollywood and his personal problems).

Harmon added that fans of “Rick and Morty” shouldn’t worry, since after all the agonizing and the writing, he feels that the third season will be well worth the wait.

“So as far as I can tell, although I’m too close to it, it’s just another good season of [‘Rick and Morty’],” he wrote.

You can read the full tweet thread starting at the link below.

A hungover thread where I address Rick and Morty devotees because I feel bad for any fan worrying about any show-threatening issue: