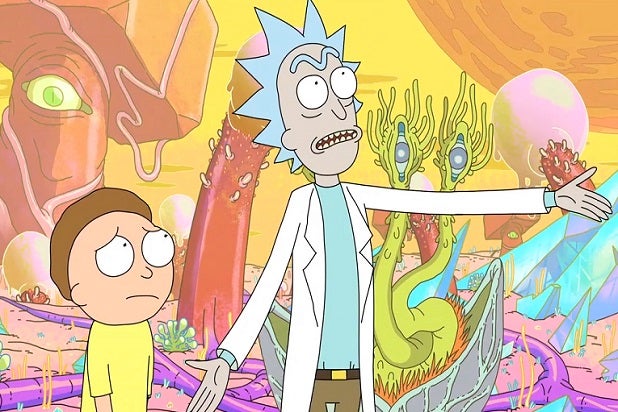 “Adult Swim” has given a second season to “Rick and Morty,” its animated series from “Community” creator Dan Harmon.

The series, about a sociopathic scientist and his unintelligent grandson who gets dragged across the universe on dangerous adventures, counts series co-creator Justin Roiland (“Fish Hooks”) and “Scrubs” alum Sarah Chalke among its voice talent.

“I am excited to make as much ‘Rick and Morty’ as Adult Swim allows, and I’m relieved to be in a time slot of no strategic value to CBS,” cracked series co-creator and executive producer Harmon of the renewal.