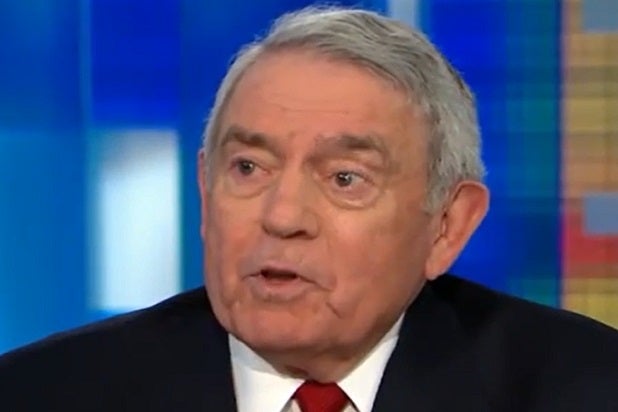 Dan Rather took a shot at his former network during an appearance on CNN’s “Piers Morgan Live” on Monday. Rather told Morgan that CBS News has “a lot to answer” regarding the discredited report on the Benghazi attacks that aired on “60 Minutes” and led to correspondent Lara Logan taking a leave of absence from the news show.

“CBS News has a lot to answer for this,” Rather said. “They have a lot of questions, they’ve answered some of them. I don’t want in anyway to add to their burden.”

In addition to Logan, producer Max McClellan also took a leave of absence from “60 Minutes” last month, after their source for a story on last year’s attack on a U.S. diplomatic mission in Benghazi was found to be untruthful. The source, British security officer Dylan Davies — identified with the pseudonym “Morgan Jones” during the segment — had claimed that he was on the scene of the Sept. 11, 2012, attack, but an FBI report claimed that he was not there.

Despite the gaffe, Rather told Morgan that he didn’t think Logan should lose her job.

“Whatever one thinks of what Lara Logan did or didn’t do with this story, in fairness, it should be put against her whole record,” Rather said.

He also compared the Benghazi story to his own “60 Minutes” misstep, when the authenticity of documents criticizing former president George W. Bush’s service in the Air National Guard were called into question, leading to a number of firings at CBS.

“With our story, the one that led to our difficulty, no question the story was true,” Rather said. “What the complaint and how eventually most of us lost our jobs was, ‘OK, your story was true but the way you got to the truth was flawed.’ The process was flawed. That’s not the case with her Benghazi story.”

Watch Rather defend Logan — and himself — in the video: