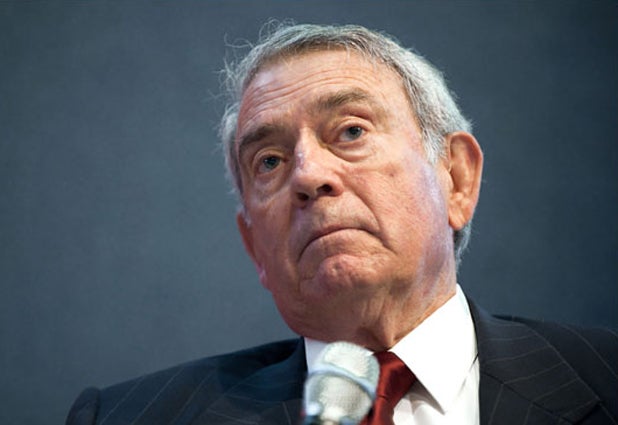 Dan Rather, snubbed by his longtime network home for coverage of the 50th anniversary of JFK’s assassination, is taking his act over to rival NBC.

Rather, who helped coordinate CBS’ coverage of President Kennedy’s ill-fated trip to Dallas in 1963, was not asked to participate in CBS’ JFK special, which will air on Nov. 16.

“I held off doing anything for anybody else for a while, thinking I may be asked to do something,” Rather told the AP. “I can’t say I had any reason for that hope.”

CBS’ special will be anchored by its Washington bureau chief Bob Schieffer, who was a newspaper reporter at the Fort Worth Star Telegram in 1963 and actually gave Lee Harvey Oswald’s mother a ride to Dallas.

Rather said he feels that his exclusion is an affront to history: “This is not a good idea to say ‘We want to change the historical record so we’re going to airbrush this guy out because we don’t like him,'” he said. “They may want to control the way the public thinks about my record, but I’m pretty sure they have not been able to do that.”

Rather worked for CBS for 44 years, 24 of which he spent as its nightly news anchor. But he left the network in 2006 after the channel walked back a 2004 report about George W. Bush’s military service. He sued CBS for $70 million a year later for breach of contract but the case was thrown out by the court.

That might have something to do with why CBS won’t have him on now.

On Nov. 22, Rather will appear on NBC’s “Today” as well as a primetime special hosted by Tom Brokaw. CBS did not respond to requests for comment.