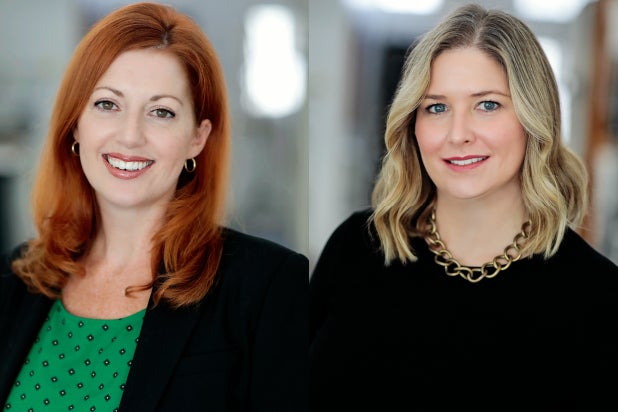 Both women will report to Brunetti, who, in addition to being co-founder, serves as chief content officer at Cavalry. His past projects include “House of Cards,” the “Fifty Shades” trilogy, “Captain Phillips” and “The Social Network.”

The moves are among Cavalry Media’s first since the company’s launch in June. The company is focused on acquisition, development and production of premium feature films and scripted TV series for global audiences. Cavalry’s first production will be “Hispaniola,” a scripted series based on Hans Koning’s 1976 book “Columbus: His Enterprise: Exploding the Myth.” The project will be produced in conjunction with the UK’s Raw TV.

Also Read: WarnerMedia Makes Company-Wide Pledge to Improve Diversity On and Off Camera

Bosari spent 10 years at Legendary Entertainment, where she rose through the ranks to creative executive after starting out as an assistant to the CEO. Most recently she served as director of scripted series development, overseeing projects from pitch through production and supporting ongoing Legendary-produced series such as “The Looming Tower” on Hulu, “Lost in Space” on Netflix, “Colony” on USA Network and “Carnival Row” on Amazon.

“Jennifer brings a wealth of industry relationships with established and emerging talent, filmmakers and executives, and an expansive and enterprising sense for promising development opportunities,” Brunetti said in a statement. “Both she and Erin will be invaluable assets as Cavalry ramps up its development endeavors.”

While at WME, where she spent seven years, Conroy was a successful dealmaker, significantly expanding the international reach of WME’s dramatic rights business. Series ordered during her tenure include ABC’s “Fresh Off the Boat,” “Girlboss” at Netflix, “Waco” on Paramount Network and “Sacred Games” on Netflix India. Prior to WME she worked in the drama development department at 20th Century Fox Television.

“As an agent, Erin sold projects to every major broadcast, cable and streaming outlet,” Brunetti said in a statement. “She is an expert deal-maker with a keen eye for commercially viable IP. Even more importantly, she has forged close relationships with a broad range of compelling storytellers. We are excited to welcome her to the team.”

Cavalry is also developing an original scripted series centered on UEFA Champions League soccer, exploring the drama and intrigue inside the world’s most popular sport. Cavalry will develop the series with an eye toward SVOD platforms with global appeal.