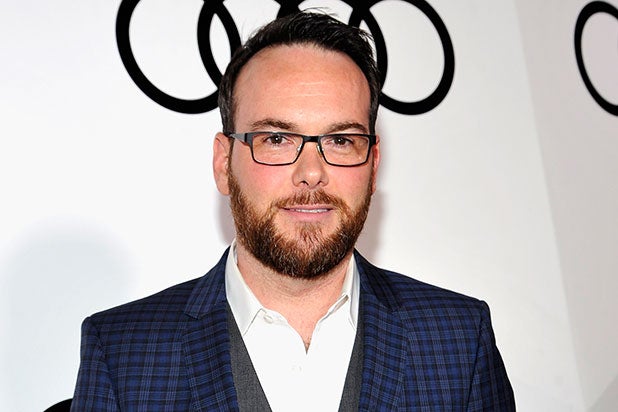 Dana Brunetti, who left his post as Relativity’s president of production earlier this week, fired a Twitter shot at Showbiz 411 founder and veteran entertainment columnist Roger Friedman over a story Friedman wrote implying that Brunetti and former Relativity CEO Ryan Kavanaugh’s often combative social media presence may have contributed to their departure.

In the story, Friedman embedded a photo Brunetti had posted on Instagram of an Alaska Airlines plane on the tarmac at LAX, which Brunetti had captioned “Taking a group of strangers on the Relativity Jet to Cabo for a few days. #givingbackfeelsgood,” as supporting evidence of his theory, writing that “Brunetti may have shot himself in the foot with the plane Tweet.”

Brunetti took offense to that and the headline of Friedman’s post, which began with “Movie Execs Booted,” denying that he was fired and mocking Friedman for not knowing the difference between a commercial and private jet.

Ha, @showbiz411 Roger Friedman thinks an Alaska Airlines plane is a private jet too… also, I was far from "booted" https://t.co/ovNFnJgZ1e

“My beef with Roger is his story is inaccurate in saying I was booted. As well as that social media or that I took a flight on an Alaskan Airlines plane with a bunch of strangers had anything to do with anything,” Brunetti said in a statement to TheWrap. “Quite hilarious,” he added.

After The Hollywood Reporter’s Tatiana Siegel cheekily responded by linking to a story she wrote about a previous Brunetti aviation-related social media misunderstanding, Brunetti followed up by saying that Friedman was fired from his previous position at Fox News for pirating “Wolverine.” Friedman left Fox News shortly after acknowledging illegally downloading the movie in a since-removed column.

Well, @TatianaSiegel27 @showbiz411 is the same guy who was booted for pirating his own company's film b/c he didn't want to get rained on

However, Friedman took offense to that charge, accusing Brunetti of libel, which the former studio exec turned right back at the writer, asking him to correct his “libelous piece.”

@showbiz411 @TatianaSiegel27 suggest you fact check and correct your libelous piece b4 you respond like that. Those who live in glass houses

The last tweet in the back-and-forth was sent Friday at 11:23 am PT.