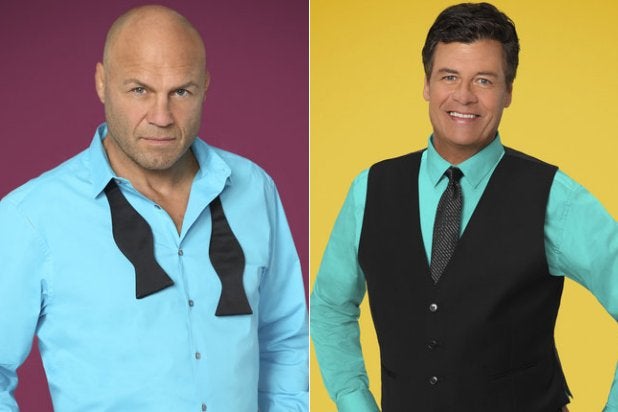 (Spoiler alert: Do not read on if you have not yet watched Monday’s “Movie Night”-themed episode of ABC’s “Dancing With the Stars.”)

“Dancing With the Stars” went to the movies for its theme Monday night, but negative reviews sent one couple packing by the end of the two-hour show. With this week’s broadcast, the ABC reality show trims down to one night a week, featuring performances and eliminations in each episode.

It was an impressive night overall, though, as two different couples earned perfect scores from the judges; the first of the season. Janel Parrish and Val Chmerkovskiy scored top marks for their performance of “America” from “West Side Story,” while Bethany Mota and were mesmerizing in a classic take on “Singin’ in the Rain.”

In a fun bit, tapped into her own silver screen legacy with a performance set to Huey Lewis & The News’ “The Power of Love” from “Back to the Future.”

After the perfect marks, there was quite a drop to the next highest scores. A three-way tie of performances earned 32 out of a possible 40 points: Alfonso Ribeiro and Whitney Carson, Sadie Robertson and Mark Ballas, and and Allison Holker. The lowest scores were given to Randy Couture and Karina Smirnoff with 26, followed by Michael Waltrip and Emma Slater at 28, and Antonio Sabato Jr. and Cheryl Burke with 29.

Combining judges’ scores and America’s votes from last week, it was Randy Coutoure and Karina Smirnoff who had to say farewell. That leaves Waltrip and Sabato Jr. in possible trouble next week.