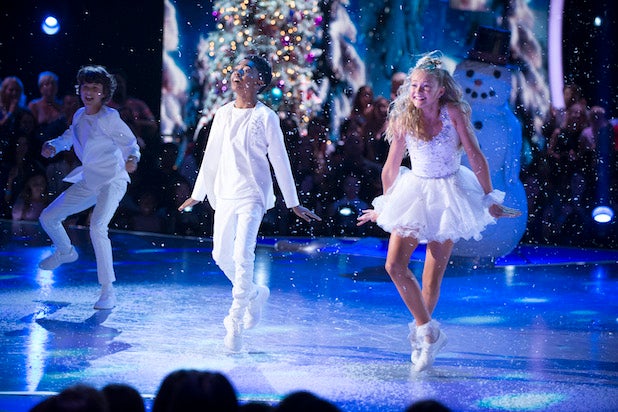 The Chicago Bears shocked the Los Angeles Rams last night on NBC’s “Sunday Night Football,” and ABC’s “Dancing With the Stars: Juniors” just kind of ended without a bang.

The latest Mirrorball Trophy presentation attracted just about 4.1 million viewers, and received a soft 0.6 rating among adults 18-49, with just a 2 share. While the overall audience-tally for the ABC spinoff competition was up from last week, the key demo number didn’t budge.

Due to the nature of live sports, the below fast-national Nielsen numbers for NBC and Fox should be considered subject to significant adjustment.

NBC was first in ratings with a 4.3 rating/16 share in the advertiser-coveted 18-49 demographic and in total viewers with an average of 14.3 million, according to preliminary numbers. Those numbers are the average of a 90-minute pregame show and the actual game itself.