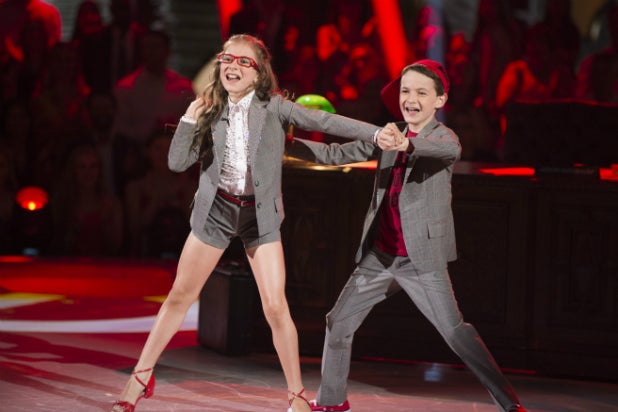 “Dancing With the Stars: Juniors” had a pretty child-sized debut on Sunday. Afterwards, ABC premiered its new season of “Shark Tank,” which didn’t take a bite out of its broadcast competition either.

NBC finished first last night in primetime with its “Sunday Night Football” game — no surprise there. Fox was runner-up with its own NFL overrun from the afternoon.

Due to the nature of live sports, the below fast-national Nielsen numbers for those network’s airing pro football should be considered subject to significant adjustment.

NBC was first in ratings with a 4.5 rating/18 share in the advertiser-coveted 18-49 demographic and in total viewers with an average of 14.1 million, according to preliminary numbers. That was the combination of a 90-minute pregame show and the Dallas Cowboys-Houston Texans game itself.

Univision was fifth in ratings with a 0.4/1 and in viewers with 1.3 million.

The CW does not yet nationally program Sunday nights.