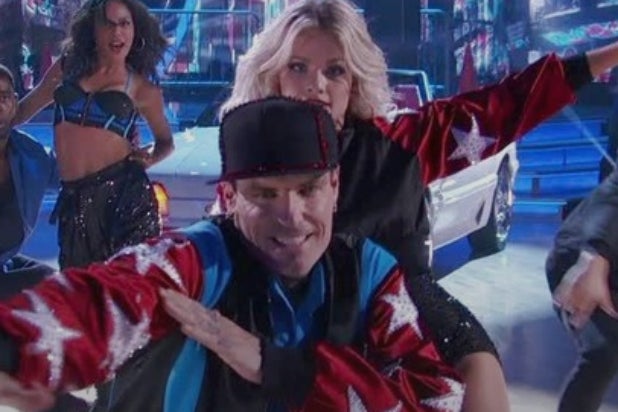 “Dancing With the Stars” led ABC to an outright Monday win, though the below numbers will likely adjust down due to some local-market NFL preemptions. That shouldn’t change the Disney broadcaster’s position on the first-place podium, however.

NBC and “American Ninja Warrior” settled for second last night against the ABC competition’s season premiere. The “DWTS” Season 23 debut was a weird one, including a “security incident” in which a man rushed Ryan Lochte on stage.

CBS was third in ratings with a 0.9/3 and in viewers with 4.5 million. At 8:30 p.m. ET, the network’s fall preview special had a 0.9/3 and 4.9 million viewers. Everything else on the channel’s primetime schedule was a rerun.

Fox and Telemundo tied for fourth in ratings, both with a 0.7/2. Fox was fourth in total viewers with 2.3 million, Telemundo was fifth with 1.7 million.

For Fox, the “So You Think You Can Dance” finale was the only show on the schedule, making those aforementioned numbers.

Univision was sixth in ratings with a 0.6/2 and in viewers with 1.5 million.

The CW was seventh in ratings with a 0.2/1 and in viewers with 1 million, running repeats.