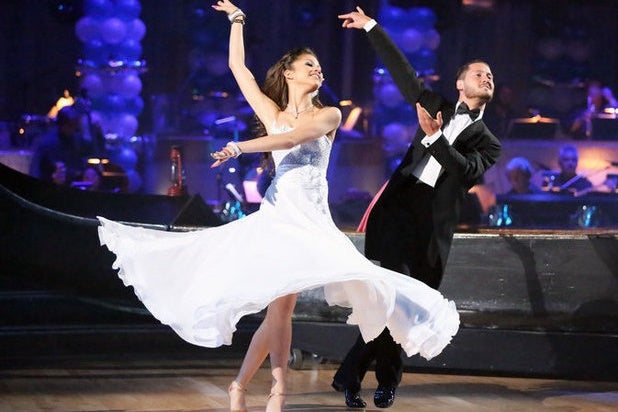 “Dancing With the Stars” revealed the first 10 professional dancers who will vie for the Mirrorball Trophy on this season of the reality competition series during “Good Morning America” on Wednesday.

Only 10 dancers’ names were revealed on the popular morning show. The remaining two will be revealed in the coming weeks.

Also Read: ABC Sets ‘Dancing With the Stars,’ ‘Repeat After Me’ Premiere Dates

Likewise, the Hollywood cast for the 20th season of the network dance competition will be announced on Tuesday, Feb. 24. The season will also mark the 10th anniversary of the show’s premiere.

The dancers revealed are as follows, in alphabetical order:

Mark Ballas
Mark is an Emmy-nominated choreographer, actor and musician. As part of the professional cast of “Dancing with the Stars” for the past 14 seasons, Mark has proven to not only be a fan favorite, but is also no stranger to the Mirrorball trophy. He is a two-time champion and a seven-time finalist, winning season six with Kristi Yamaguchi and season eight with Shawn Johnson.

Sharna Burgess
Sharna grew up in Australia and has always had a love for dance and entertainment. She has made guest appearances on “Dancing with the Stars Australia,” and “So You Think You Can Dance Holland”. She also assisted with the choreography for “Street Dance 2 – 3D.” Last season Sharna was partnered with Tavis Smiley.

Witney Carson
Witney is the reigning Mirrorball Champion with celebrity partner Alfonso Ribeiro. At the age of 18, Witney made top six (top three girls) on “So You Think You Can Dance” season nine. She then joined ABC’s “Dancing with the Stars” Pro Troupe Team, where she performed and choreographed every week for two seasons. In 2014, Witney was promoted to a Pro dancer and was paired with partner Cody Simpson.

Artem Chigvintsev
Originally from Russia, dancing has taken Artem all over the world. In 2010, Artem made his professional dancing debut on the original UK version of DWTS, “Strictly Come Dancing.” Paired with Kara Tointon, they went on to win the coveted Mirrorball Trophy, making Artem one of the first professionals to win the series as a first-time Pro. Additionally, Artem was one of the choreographers on the British second series of “So You Think You Can Dance” and a finalist on SYTCD in the US. In 2014, Artem joined the troupe on “Dancing with the Stars” and last season, partnered with Lea Thompson.

Valentin Chmerkovskiy
Valentin joined the cast of professional dancers on “Dancing with the Stars” in 2011. The 14-time US National Champion and two-time World Dance Champion quickly rose to stardom becoming one of the show’s fan-favorites. Last season, Val was partnered with Janel Parrish.

Tony Dovolani
A two-time dance champion and certified world judge, Tony brought his expertise to Hollywood when he coached Jennifer Lopez and Richard Gere for the 2004 film “Shall We Dance,” in which he also had a small role. He then joined “Dancing with the Stars” for its second season and partnered with Stacy Keibler. They placed third in the finals. During the “Dancing withthe Stars: All-Star Season,” season 15, Tony and dance partner Melissa Rycroft won the show and took home the Mirrorball Trophy.

Allison Holker
Allison is an Emmy-nominated dancer and choreographer. She was nominated with Derek Hough for a 2013 Outstanding Choreography Emmy award for their work on “Dancing with the Stars.” She was also a featured dancer in two of the other nominated pieces that year. Along with her fellow Emmy®-nominated choreographers, Holker prepared a piece that was performed at this year’s Primetime Emmy Awards with Neil Patrick Harris. Last season, Allison was partnered with Jonathan Bennett.

Kym Johnson
Aussie native Kym first appeared on the show during its debut series in 2004 in Australia, winning the Mirrorball in her second season with her celebrity partner Tom Williams. In 2006 Kym jetted to Hollywood to compete on the US version of “Dancing with the Stars” where she has since appeared in 14 seasons, winning twice with celebrity partners Hines Ward and Donny Osmond. Kym is the only professional dancer in the world to hold trophies on two different continents.

Pete Murgatroyd
Peta was born in Auckland, New Zealand and raised in Perth, Western Australia. She joined “Dancing with the Stars” in season 13, where she was eliminated in the first round, but she returned with a vengeance as she and Donald Driver won the Mirrorball trophy in season 14. Last season, Peta was partnered with Tommy Chong.

Emma Slater
Emma started dancing at the age of five when she joined a local stage school in her hometown of Tamworth, England. In 2007, Emma played one of Sophie’s (Amanda Seyfried) friends in the film “Mamma Mia” and also sang on the Grammy nominated soundtrack for the movie. She went on to join Tony nominated “Burn The Floor” for the shows debut on Broadway and continued on for the 2010 world. In early 2012 Emma joined “Dancing with the Stars” as a Troupe dancer and choreographer and later went on to become a Pro dancer taking her partner, Bill Engvall, to the finals. Last season,Emma was partnered with Michael Waltrip.

Also Read: ‘Dancing With the Stars’ Finalist Janel Parrish: ‘We Poured Our Hearts and Souls’ Into the Competition (Video)

This season, viewers will also have more access to the show than ever before. #DWTSAllAccess will expand to offer viewers a look behind the scenes with six live streams from key positions in the ballroom, as well as never before seen live streams from the DWTS rehearsal studio available for viewers to watch throughout the week on ABC.com.