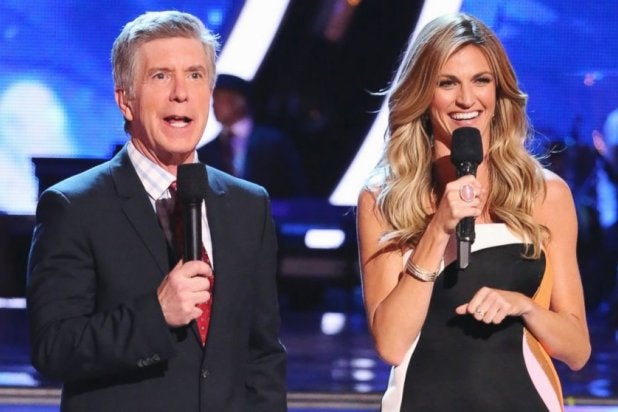 (Spoiler alert: Do not read on if you have not yet seen Monday night’s “America’s Choice”-themed episode of ABC’s “Dancing With the Stars.”)

While we thought we had at least one more week before things would get interesting on “Dancing With the Stars,” we were proven wrong. The lowest hanging fruit among the remaining contestants may have seemed obvious, but that’s not who went home in the first real surprise elimination of the season.

Producers wasted no time in revealing that viewers were in for a shocking elimination by announcing Tommy Chong and his professional partner Peta Murgatroyd as the first safe couple of the evening. After Michael Waltrip’s elimination last week, the mellower half of the classic stoner comedy duo Cheech & Chong seemed destined to follow.

Instead, Chong was safe, ratcheting up the tension for the remaining dancers. America has always been a wild card factor in the voting on this show, and this week they must have been drunk with power. The “America’s Choice” theme gave them control of wardrobe, dance and music for each couple.

After one of her stronger nights in the competition, it was the end of the road for ABC Family’s “Switched at Birth” star Lea Thompson. After starting off one of the stronger dancers, Thompson has faltered in recent weeks, meaning she wasn’t necessarily destined for the finals. But she was still expected to outlast Chong, who had the lowest scores from the judges by far on Monday.

“I just feel really great,” Thompson said after learning of her elimination. Of her partner Artem Chigvintsev, she added, “I love this man and he’s a new pro and I think he did a great job with me.”

It was a strong night overall, with the judges handing out a pair of perfect scores. Each couple performed twice, adding a third partner to create trio dances for their second numbers of the night. Both perfect scores came on the heels of trio dances with front-runners Alfonso Ribeiro and Sadie Robertson.

The caveat to the previous statement being that this show has no less than four front-runners, with five couples left in the competition. If Chong is next to go, it could be anybody’s game between Ribeiro, Robertson, Bethany Mota and Janel Parrish.