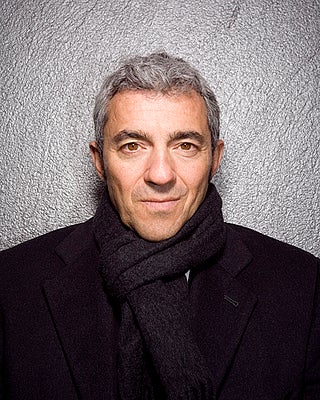 "We’re proud of what we’ve accomplished so far with National Geographic Films, and we’re thrilled to have Daniel Battsek, a true leader in the international film production and distribution community, take us to the next level," Beal said in a statement.

Battsek joins National Geographic after 18 years with Walt Disney Studios, the last four as president of Miramax Films. He was forced out of that position last October when, following a series of high-profile flops, Disney slashed 70 percent of Miramax’s staff. During happier days at the indie-division, Battsek oversaw award-winning projects, including "No Country for Old Men," "The Diving Bell and the Butterfly," "The Queen," "There Will Be Blood"* and "Doubt."

Prior to joining Miramax, he was executive vice president and managing director of distribution and production for Disney’s Buena Vista International U.K.

"National Geographic is one of the most respected and iconic brands in the world, and National Geographic Entertainment is a new and exciting way for this great creative resource to reach an even larger audience," Battsek said in a statement. "I’m looking forward to expanding the activities of the film group to further build on the potential of the National Geographic brand."