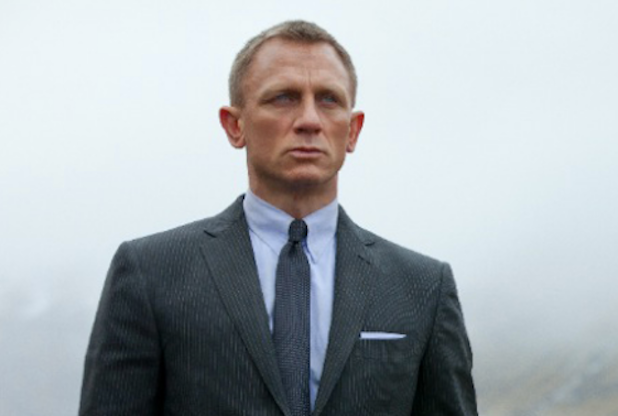 Like the MI6 agent he plays, Daniel Craig is hard at work training to get back to peak physical form, even after he had to stop filming “Bond 25” due to an ankle injury.

In a new behind the scenes photo posted on the James Bond Twitter account, the British star could be seen working out in the gym with his leg still in a cast. (Craig had to undergo ankle surgery after sustaining an injury on set, but that isn’t expected to delay “Bond 25” past its scheduled April 2020 release date.)

Not pictured: the rest of us with perfectly healthy legs who need about 6 hours of “ok now I’m gonna do it” personal pep talks just to climb on an elliptical for 20 minutes.

Directed by Cory Fukunaga, the yet-to-be-named “Bond 25 ” is expected to be Craig’s fifth and final film as James Bond, ending a career that began in 2006 with the reboot film “Casino Royale.” Rami Malek, fresh off his “Bohemian Rhapsody” Oscar win, will play the film’s villain, with Billy Magnussen, Dali Benssalah, Ana De Armas, and Lashana Lynch also starring.