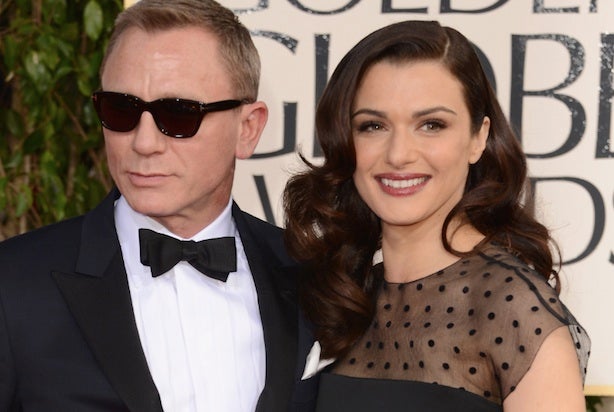 Daniel Craig and Rachel Weisz are box-office gold when it comes to Broadway.

“Betrayal,” the married couple’s onstage collaboration, shattered box-office records in its first week of previews. It officially opens on Oct. 27.

The play broke the house record of the Ethel Barrymore Theatre over its first seven performances, grossing more than $1.1 million.  That broke the previous record established by the 2012 revival of “Death of a Salesman,” which starred Philip Seymour Hoffman and Andrew Garfield and earned slightly more than $1 million in a week.

“Betrayal” co-stars Rafe Spall and is directed by Mike Nichols, who previously oversaw “Salesman” and directed such films as “The Graduate.”

Written by the late Harold Pinter, it examines an extramarital affair and the breakdown of a marriage. It plays freely with chronology, starting at the collapse of the relationship and working its way back to its promising early days.

In a Broadway season that features Hollywood talent like Zachary Quinto (“The Glass Menagerie”) and Orlando Bloom (“Romeo & Juliet”) crossing the boards, there’s no hotter ticket than the chance to see Mr. and Mrs. 007  in the flesh.