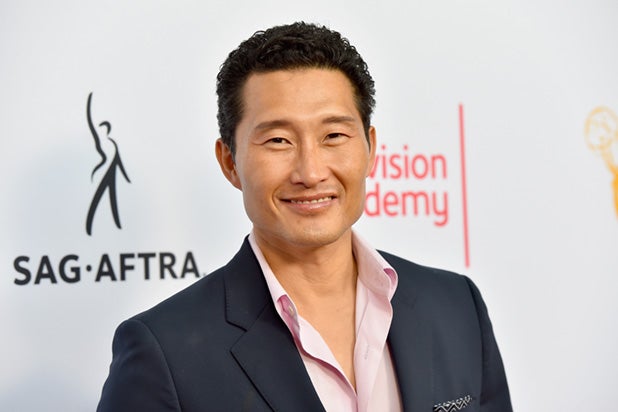 Daniel Dae Kim, who recently left CBS’ “Hawaii Five-O” over salary disputes, is in talks to replace Ed Skrein in the upcoming reboot of “Hellboy,” TheWrap has confirmed.

The negotiations come after Skrein stepped down from the role amidst whitewashing claims. Skrein was to play Major Ben Daimio, a Japanese-American character in the original “Hellboy” comics. Daimio is a former Marine who, after a failed rescue mission in Brazil, receives a mysterious curse that transforms him into a were-jaguar at night.

“I accepted the role unaware that the character in the original comics was of mixed Asian heritage,” Skrein wrote on Instagram. “It is clear this character in a culturally accurate way holds significance for people, and that to neglect this responsibility would continue a worrying tendency to obscure ethnic minority stories and voices in the Arts.

“I feel it is important to honor and respect that. Therefore I have decided to step down so the role can be cast appropriately,” he added.

Dae Kim, meanwhile, made headlines after he ended a seven-year run in a lead role on “Hawaii Five-O” along with co-star Grace Park. The Korean-American actor left after a salary dispute in which he sought to be paid the same amount as his white co-stars, Alex O’Loughlin and Scott Caan.

If cast, Das Kim would join a cast led by “Stranger Things” star David Harbour, who is taking over for Ron Perlman as Hellboy. Neil Marshall (“Game of Thrones”) is directing.

Dae Kim is repped by UTA.