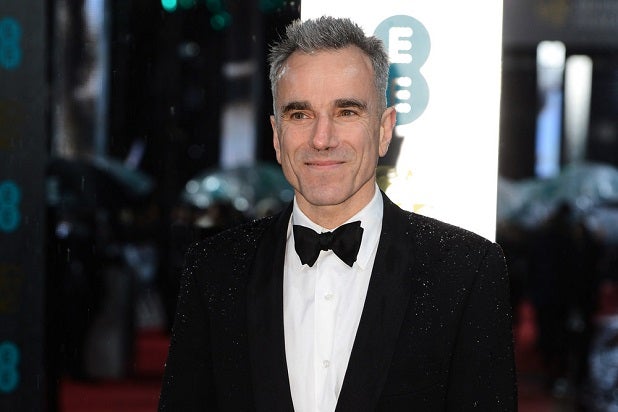 Daniel Day-Lewis is retiring from his longtime craft of acting. Again.

“ will no longer be working as an actor. He is immensely grateful to all of his collaborators and audiences over the many years,” a statement from his spokesperson Leslee Dart said on Tuesday.

“This is a private decision and neither he nor his representatives will make any further comment on this subject,” the note concluded. It’s unclear what prompted the sentiment from the actor, who just wrapped filming on an untitled Paul Thomas Anderson film in London.

Since 1997’s “The Boxer,” he has appeared in only six movies. Shortly after that release, Day-Lewis retreated into a five-year sabbatical on his 50-acre farm south of Dublin. He worked as a cobbler but was eventually lured back to Hollywood.

Day-Lewis is considered a master in his field, if not one of the best in cinema history. He’s also synonymous with method acting — exhibiting intense commitments and massive overreaches for the sake of his characters.

The star reportedly refused to stand from his wheelchair filming the 1989 drama “My Left Foot,” did not bathe for the duration of  “The Crucible” shoot, spent long periods isolated in a small cell for “In The Name of the Father” and caught pneumonia for Martin Scorsese’s period film “Gangs of New York.”

If Day-Lewis sticks to his guns, Anderson’s film will indeed be his last. The untitled drama is set in the couture world of 1950s London. The story illuminates the life behind the curtain of an uncompromising dressmaker, who was commissioned by royalty and high society.

Anderson previously directed Day-Lewis to an Academy Award for Best Actor in 2008’s “Blood,” and the pair will “once again explore a distinctive milieu of the 20th century.”

Day-Lews is a five time Academy Award nominee, with three total wins. He also took the trophy for “My Left Foot” in 1990 and “Lincoln” in 2013.