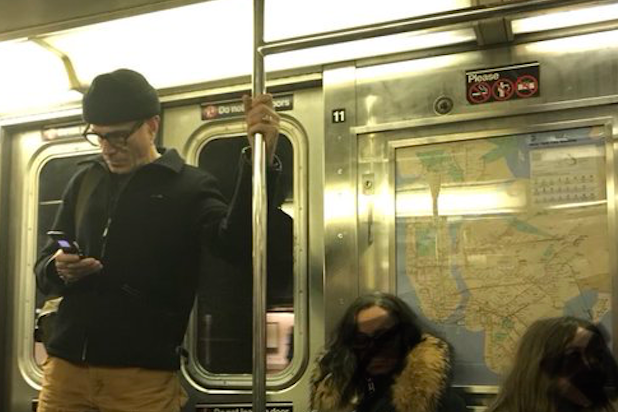 Daniel Day-Lewis surely has more free time since “retiring” from acting, and he spends it just like the rest of us — locked in on his… flip phone?

The Oscar-winner was spotted on a subway in New York by writer Karen Han, who tweeted about seeing the former actor casually scrolling or typing away on his early-2000s piece of technology.

Since Day-Lewis has a propensity to choose roles during his career set in bygone eras, naturally, jokes about him using an old flip phone popped up on Twitter.

he’s clearly in full on method mode for his top secret movie on the founding of myspace dot com.

Day-Lewis isn’t alone in his preference to use T-9 on a flip phone, however. Warren Buffett told CNBC in January that he’s not interested in joining the smartphone revolution. And last year, Chris Pine told E! News that he still uses a flip phone as well.

Day-Lewis announced last year that he was retiring from acting after his most-recent turn as Reynolds Woodcock in Paul Thomas Anderson’s “Phantom Thread.”