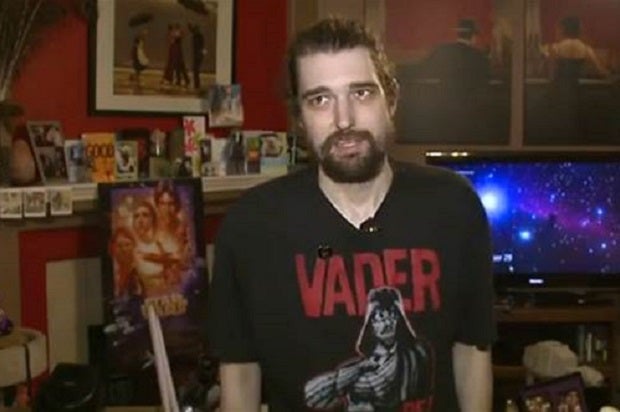 Daniel Fleetwood, the terminally ill young man who was granted his dying wish was to see “Star Wars: The Force Awakens,” has died at age 32.

Fleetwood suffered from spindle cell sarcoma, a rare connective tissue cancer, and in July, his doctors gave him only two months to live.

On Tuesday morning, his wife, Ashley, confirmed his death on Facebook: “Daniel put up an amazing fight to the very end. He is now one with God and with the force. He passed in his sleep and in peace. He will always be my idol and my hero. Please hug uncle Marc for me and give Lucy lots of kisses. Rest in peace my love. This was the last selfie we ever took together. ‪#‎forcefordaniel‬”

The “Star Wars” fan’s last wish was to see “The Force Awakens,” and it was granted by Disney, Lucasfilm and director J.J. Abrams, who showed Fleetwood an unfinished cut of the film at his home last week. Abrams also called Fleetwood to deliver the good news, which his family said meant a lot to him.

“To all our wonderful supporters, friends, family and awesome strangers: Daniels final dream was just granted!!!” Fleetwood’s wife, Ashley, wrote Thursday on Facebook. “Today the wonderful Disney and Lucasfilms made his final dream come true, in the amazing typical Disney way, they really do make dreams come true! Lastly I want to thank ALL the amazing people who helped make this happen, thank you beyond words!!! May the force be with you all,” she wrote.

Fleetwood had been a “Star Wars” devotee since he was a little boy, and was very much looking forward to seeing the next chapter in the iconic sci-fi series. With his condition worsening, doctors grew concerned he wouldn’t live to see “The Force Awakens” hit theaters on Dec. 18, and an inspiring social media movement took off from there.

Among those who urged Disney to grant Fleetwood his wish were “Star Wars” actors Mark Hamill, John Boyega and Carrie Fisher, who all retweeted it with the hashtag #ForceForDaniel.

1. "Who are you?" This is our first glimpse is of Rey (Daisy Ridley) dressed in heavy-duty sand planet gear, fitted with repurposed lenses from a Stormtrooper helmet. The Force is strong with this one!