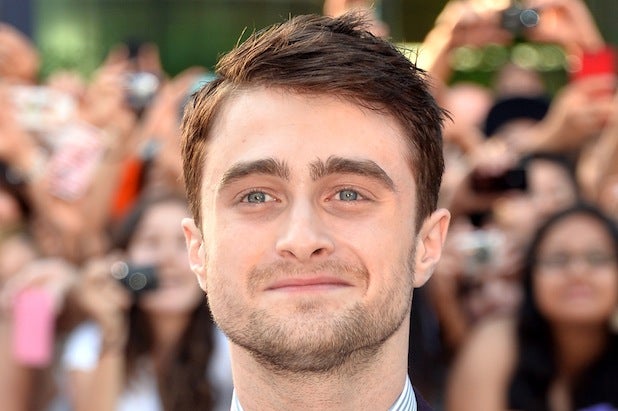 There’s no truth to media reports originating from the Daily Star that Radcliffe is poised to play the late singer, an individual with knowledge of Radcliffe’s plans told TheWrap — noting that the surviving members of Queen haven’t even reached out to gauge his interest.

Sacha Baron Cohen was previously set to play Mercury, though he left the project earlier this year on the heels of creative differences with the band.

It’s unclear whether the chosen actor will be required to sing or whether Mercury’s actual voice will be used in the film, though Radcliffe certainly has the dramatic chops to tackle the challenging role of Mercury.

The 24-year-old actor has earned strong notices for his portrayal of gay beat poet Allen Ginsberg in “Kill Your Darlings,” which hits theaters Oct. 16. He also used his singing voice on Broadway in “How to Succeed in Business Without Really Trying.”

Director Stephen Frears and Tom Hooper have circled the Peter Morgan-scripted movie in recent months, though the band has yet to approve a filmmaker. Queen Films is producing the movie with Graham King and Tim Headington of GK Films, as well as Robert De Niro and Jane Rosenthal.

The band aims to make a family-friendly film rather than a gritty adult drama.