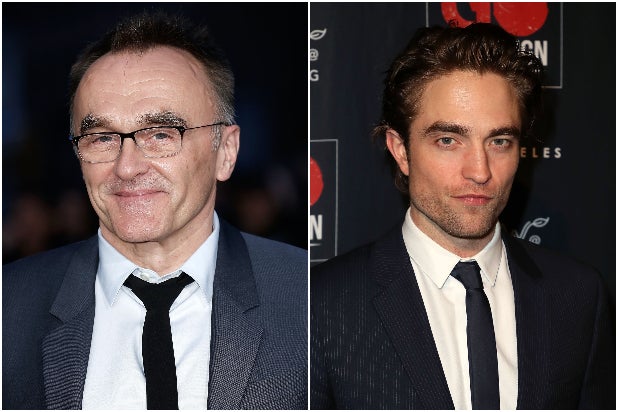 Danny Boyle has an idea for who should be the next James Bond after Daniel Craig steps away from the role after “Bond 25:” Robert Pattinson.

Too bad the former “Twilight” star has already been tapped to play Bruce Wayne, a.k.a. Batman, but clearly the best directors in the world think Pattinson would be a huge draw in any property. Boyle said he was inspired for Pattinson to play Bond after seeing him in the Claire Denis sci-fi film, “High Life.”

“And it was so bizarre, because I was sitting there thinking: ‘Oh my God, they should get him to be the next Bond,'” Boyle told The Guardian. When asked if he thought Pattinson, 33, was already a bit too old for the part, Boyle disagreed. “He must be in his 30s. How old was Connery? He’s ready now.”

And Boyle would know, as he almost got the chance to direct “Bond 25.” Boyle left the project over creative differences, and without giving any specifics, he told the Guardian a bit more about why things didn’t work out.

“I was with John [Hodge] and they didn’t really like what we were doing and so it’s far better to part company,” Boyle said. “What we were doing was good. But it was obviously not what they wanted.”

Boyle continued: “But you’ve got to go into that stuff optimistically. It’s like falling in love. You can’t go in guarded and trying to protect yourself. You have to be open-hearted and prepared to be hurt – and so what if you get a bit of bruising? You get well-paid and well looked after. So at the end of the day these are champagne problems.”

Though Pattinson is going the superhero route rather than super spy, he will also work with another British luminary of a director in an international espionage film, set to star in Christopher Nolan’s “Tenet” due out next year.

Daniel Craig is however returning for one more turn at 007 in “Bond 25,” which will be directed by the American Cary Joji Fukunaga and brings in Oscar winner Rami Malek as the film’s villain.

Read Boyle’s full interview as he discusses his career and his new film “Yesterday” via The Guardian.