One of the largest and few concentration camps outside of Germany during World War II was at Jasenovac in the Nazi puppet state known as the Independent State of Croatia. In the new film “Dara of Jasenovac,” we see a rare side of the Holocaust from another part of Europe and from the eyes of a 10-year-old girl.

“Dara of Jasenovac” is Serbia’s submission for the Best International Feature race at the Oscars, and it documents a moment in history that still sits at a contested area between Croatia and Serbia. TheWrap can exclusively share the above trailer from 101 Studios ahead of its limited theatrical release. But while Holocaust films are highly common at the Academy Awards, this film from director Predrag Peter Antonijevic is a true story you haven’t heard.

“Dara of Jasenovac” is set in 1940s Croatia and follows a 10-year-old girl named Dara sent to the concentration camp at Jasenovac along with her mother and siblings. Only a few children are re-educated and deemed worthy of rehabilitation, and Dara must summon her own courage to protect her infant brother from a terrible fate, safeguard her own survival and plot an unlikely and dangerous path of escape.

Also Read: How 'Arracht' Actor Starved Himself, Then Packed on Weight for Irish Famine Drama (Video)

“Your sister is not leaving you, my dearest,” the girl, played by Biljana Cekic, says in the clip. “No one can separate us, I swear to you.”

Jasenovac was operational during the Holocaust between 1941-1945, but it wasn’t run by the Nazi Germans, and it was actually as much a part of a Serbian genocide in which Serbs, Jews and Roma people were all murdered and confined. And unlike concentration camps like Auschwitz that had facilities like gas chambers, the jailers and officers at the Jasenovac camp often brutalized and murdered prisoners with knives, hammers, axes and other blunt objects one-on-one.

The trailer for “Dara of Jasenovac” above gives a taste of those horrors, in which a woman pleading to hang onto a family heirloom is shot in cold blood by a lackadaisical guard, or another sadistic officer who makes quick work of a prisoner with a knife.

Though the exact number of people killed at Jasenovac has been contested, the United States Holocaust Memorial Museum says that between 77,000 to 99,000 people were murdered by the Ustase fascist regime at the complex.

“Dara of Jasenovac” was directed by Predrag Peter Antonijevic from a screenplay by Natasa Drakulic. The film is produced by Antonijevic along with Maksa Catovic and executive produced by Michael Berenbaum, Petar Vukasinovic, Misa Reljic

101 Studios will release “Dara of Jasenovac” in theaters in limited release on February 5. Check out the first trailer for the film above. 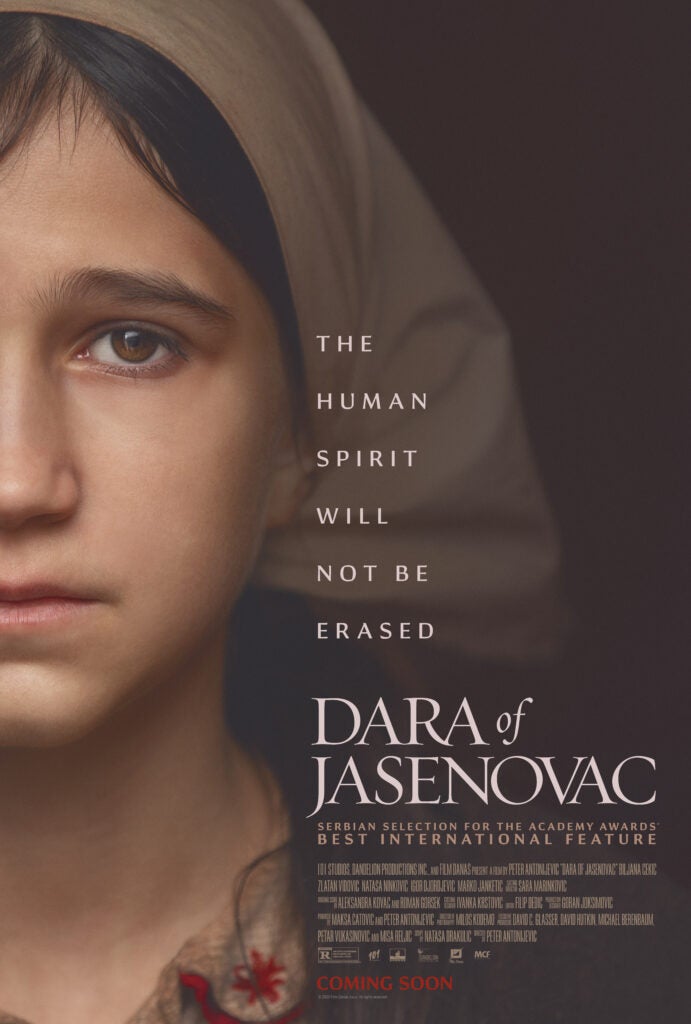