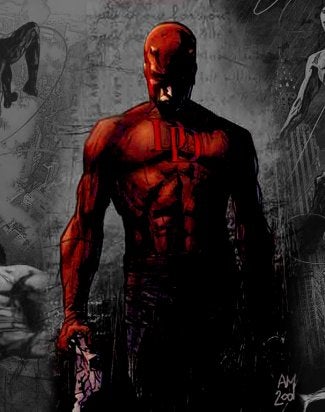 Marvel Entertainment’s Chief Creative Officer Joe Quesada sat down for a new far-ranging interview that covered virtually everything he’s been involved with since relinquishing his role of Editor-in-Chief of Marvel Comics. The thing he’s most involved with now, though, is the upcoming “Daredevil” series for Netflix.

“I’ve been working very, very closely with the entire team on all levels of the show,” Quesada told Comic Book Resources. He said that he and the creative team are thinking about the way people view content on Netflix — i.e. binge-watching — in developing how to present the series. “Daredevil” launches Marvel’s relationship with Netflix, which includes a total of four interconnected series leading up to the event mini-series, “The Defenders.”

One of the things that he appreciates about the Netflix deal is the smaller episode orders. “Daredevil,” along with the three other series (“Jessica Jones,” “Iron Fist” and “Luke Cage”) are committed to 13 episodes each. Quesada said that he fully expects some fans to sit down and watch the entire series in one sitting.

“The Netflix model offers us the advantage of being able to construct the show in a manner that is very different than a weekly network TV show,” Quesada explained, talking about the differences in developing “Daredevil” for Netflix to “Marvel’s Agents of S.H.I.E.L.D.” on a broadcast network. “We can sit there and look at 13 episodes and plan it out as a very large movie. It makes seeing the bigger picture a little bit easier.”

“Even the way that you parse out information and reveals within the show can be different than you would on weekly TV,” he said. “With weekly TV, you sit there and go, “The audience may not want to wait two or three weeks to get this particular bit of information.” Whereas with Netflix, we might be able to hold onto a particular piece of information, because they may just watch it two hours later.”

Drew Goddard is executive producer and showrunner for “Daredevil,” along with writing and directing the first episode. Filming is set to begin in July 2014. Like other Netflix original series, all 13 episodes of “Daredevil” will be made available for viewing at the same time.