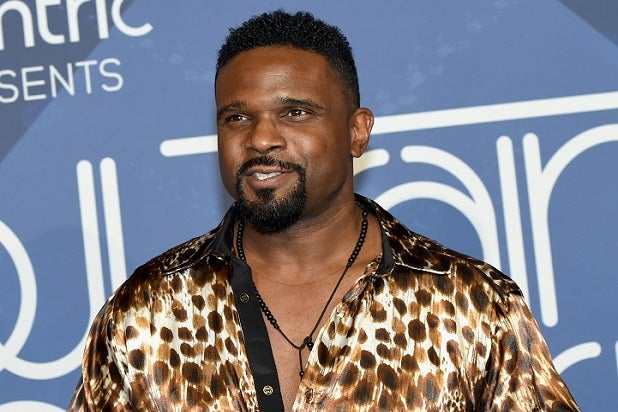 The tensions between “Family Matters” alum Darius McCrary and his wife, Tammy Brawner, have grown very heated — quite literally.

McCrary, who gained fame portraying Eddie Winslow on the ’90s sitcom, has filed court papers claiming that Brawner attacked him with a flat iron.

In the papers, filed on February 15, McCrary said that Brawner went at him with the implement just days before, on February 10.

“She was verbally abusive and attacked me with a flat iron,” McCrary said in his request for a temporary restraining order, which has been granted. “The hot flat iron burned my chest with a visible inch-and-a-half second or third degree red burn mark on the right side “

McCrary and Brawner are locked in a nasty legal battle. As TheWrap reported on Wednesday, Brawner obtained her own restraining order against McCrary. Both parties filed their leagal claims on Feb. 15.

In her own request, Brawner accused McCrary of hitting her and said he “frequently throws things and breaks things in the house.”

According to Brawner’s papers, McCrary “is violent, destructive and unstable emotionally. He has a violent history.” Brawner also claimed that the actor “uses drugs and drinks heavily on a regular basis.”

Brawner also claimed that McCrary has frequently spanked their Zoey, born in September 2015, and during one incident he “held her over a hot stove with fire going and boiling water going. He said to her that ‘he didn’t like her … and that he wish[ed] he didn’t have her.'”

According to Brawner, the latter incident occurred when Zoey was “no more than eight or nine months” old.