A judge has sentenced a Missouri man to two years in prison and a fine for illegally recording "The Dark Knight’ in a theater and selling it as pirated DVDs, the Motion Picture Association announced. 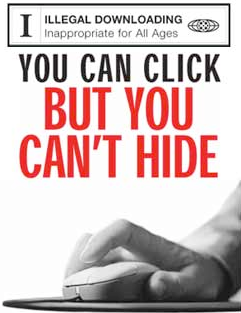 Robert Henderson of Grandview, Missouri, was ordered to pay $24,738 in fines and serve 24 months in federal prison for recording the movie.

Henderson pleaded guilty after being caught recording the film in 2008 in an MPAA investigation.

“This is an appropriate sentence for a very serious crime, and we hope it will serve as a warning to would-be movie thieves that they will face severe consequences for engaging in these activities," said Mike Robinson, Sr. Vice President Content Protection, Chief of Operations for the MPAA.

Henderson will get three years probation.

Los Angeles – A Missouri man was sentenced today in U.S. District Court in Kansas City to 24 months in federal prison for illegally trafficking in counterfeit DVDs after using a recording device to illegally record “The Dark Knight.” Judge Fernando J. Gaitan also ordered the defendant, Robert Henderson of Grandview, Mo., to pay $24,738 in restitution. Henderson’s prison sentence will be followed by three years probation.
“The theft of films by camcording is a serious threat to the health of the motion picture industry and the 2.4 million Americans it employs,” said Mike Robinson, Sr. Vice President Content Protection, Chief of Operations for the MPAA. “This is an appropriate sentence for a very serious crime, and we hope it will serve as a warning to would-be movie thieves that they will face severe consequences for engaging in these activities.”
Henderson pleaded guilty to criminal copyright infringement for using a digital camera to record “The Dark Knight” on July 18, 2008, when he was apprehended as part of an investigation by the MPAA.
“We are grateful to everyone involved in the apprehension and prosecution of this defendant and want to particularly thank Beth Phillips, U.S. Attorney for the Western District of Missouri; Assistant U.S. Attorney Matthew P. Wolesky; the Lee’s Summit Police Department; and the Federal Bureau of Investigation,” continued Robinson.
The Family Entertainment and Copyright Act enacted in 2005 made camcording in a theater a federal felony (camcording in theaters is also prohibited by many state statutes) and established new penalties for pirating works that have not yet been released commercially. First-time violators can be sentenced to three and five years, respectively, for these crimes and fined up to $250,000.