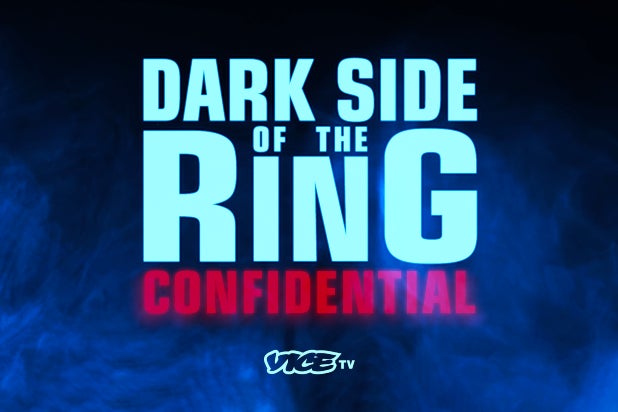 While fans wait for Season 3 of Vice’s popular docuseries “Dark Side of the Ring,” the network has ordered a companion talk show that will dive deeper into the first two seasons.

“Dark Side of the Ring: Confidential” will feature series creators Evan Husney and Jason Eisener sitting down with popular wrestling podcast host Conrad Thompson as they give viewers a behind-the-scenes look into the series. Each episode will explore a major moment from the first two seasons.

“In our first two seasons, there were so many amazing ‘Dark Side of the Ring’ moments left on the cutting room floor,” Husney and Eisner said. “We’re extremely excited to now be able to share bonus footage and behind-the-scenes stories on ‘Dark Side of the Ring: Confidential’ with Conrad Thompson.”

“We are putting the finishing touches on season three of ‘Dark Side of the Ring’… and the excitement is building — but the fans absolutely demanded more, sooner!” Morgan Hertzan, executive vice president and general manager of Vice TV, said. “We wanted ‘Dark Side’ fans to know we’re listening and we’ve made ‘Dark Side of the Ring: Confidential’ just for them — as a way to thank them for their incredible loyalty to this hit franchise with new, bonus content to tide them over. Evan Husney and Jason Eisner are masters of their craft and ‘Dark Side’ superfans will get to sit down with them to get the inside track on everything that’s remained behind the scenes… until now.”