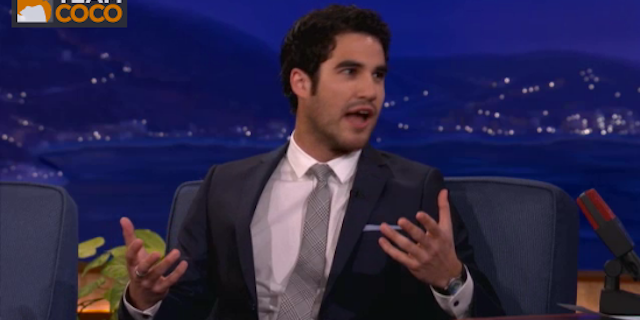 Darren Criss, who starred with Cory Monteith on "Glee," spoke about the actor's death for the first time on Thursday's "Conan."

Criss said Monteith, who died on July 13 at age 31 of a heroin and alcohol overdose, was a "wonderful guy" and the cast and crew were "picking up the pieces" since losing him.

"He was a really funny guy, had a great sense of humor and he really loved life," Criss said. "He always took care of his friends and wanted his friends to be happy."

Criss added: "He'll be severely missed. But I'm just so happy that a guy like him got to touch as many lives as he did while we were all lucky enough to have him."