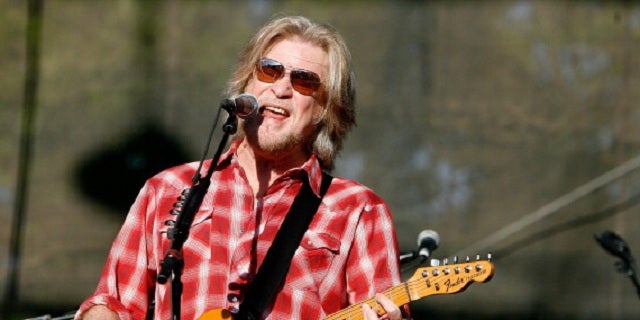 A home-restoration show? As it turns out, Daryl Hall can go for that.

Hall, known for crafting pop gems such as "Maneater," "Rich Girl" and "Private Eyes" with his musical partner John Oates, is expanding his skill set with a new series, "Daryl's Restoration Over-Hall," which will premiere next year on Scripps Networks Interactive's DIY Network next year.

On the series, Hall, aided by a team of craftsmen, will restore a one-bedroom house in Connecticut that had originally been built circa 1780 by a widowed sea captain into a new family home. The singer will attempt to balance historic accuracy with small-town regulations and "the mandates of modernity," according to a release issued Tuesday.

The series stems from Hall's passion for vintage architecture. Hall has restored a number of antique homes, including his 18th century farmhouse in Dutchess County, N.Y.

"This is yet another way of putting my creativity and my other passions aside from music out there, so they can all mix together," Hall said of the series. "We have a legacy of unique antique architecture here in America. Unfortunately, in many cases, they have been let go, demolished or altered inconsistently to their original character."

"Daryl's Restoration Over-Hall" will be executive produced by Hall and his manager Jonathan Wolfson, with Michael Morrissey directing.

In addition to the upcoming restoration show, Hall also stars in "Live From Daryl's House," on which the singer invites guest musicians to jam with him at his Dutchess County residence. That show, which airs on Viacom's Palladia, as well as RFD-TV, FamilyNet and in national syndication, resumes production in the fall.