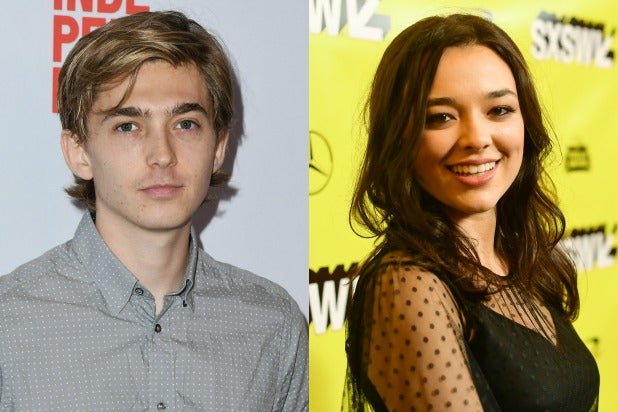 Here’s the official description for the 30-minute show, based on Rachel Cohn and David Levithan’s young adult book series, “Dash & Lily’s Book of Dares”: A whirlwind holiday romance builds as cynical Dash and optimistic Lily trade dares, dreams, and desires in the notebook they pass back and forth at locations all across New York City, finding they have more in common with each other than they would have expected.

Production on “Dash & Lily” has begun in New York, with a projected 2020 launch set at Netflix.

“The most essential quality of 21 Laps shows and films is heart, and ‘Dash & Lily’ has that quality in spades,” Levy said. “Josh Barry and I are thrilled to be starting production with such an exceptional group of collaborators on and off screen – from writer/showrunner Joe Tracz to our talented directors, incredible cast, and of course, our producing partner, Nick Jonas. This show is inspiring to us and promises to give audiences a uniquely romantic and entertaining New York City holiday adventure.”

Abrams is repped by WME and Industry Entertainment.

See below for the cast and character descriptions.

AUSTIN ABRAMS (“Euphoria,” “This Is Us”) will play “Dash.” Dash is an only child born and raised in New York City. He is a smart and cynical teenager whose maturity, wisdom and sophistication are advanced for his age. Barely tolerating the forced merriment of the holidays, he’d prefer to be alone watching depressing foreign films. Dash can be quite charming, despite his sour feelings on the holiday season.

MIDORI FRANCIS (“Good Boys”) will play “Lily.” Lily is a smart and hopeful New York City teen with a stubborn optimism and youthful energy. Despite her bubbly and passionate demeanor, she possesses a raw and honest vulnerability. The holidays are her favorite time of year, and this holiday season, Lily is looking for love.

DANTE BROWN (“Lethal Weapon,” “MA”) will play “Boomer.” Boomer’s easygoing nature and unsinkable enthusiasm makes him an unlikely BFF to Dash. Full of big ideas and plans (often concocted from behind the counter of the pizza parlor/video store where he works), he’s a loyal friend and a good listener who’s always down for adventure.

TROY IWATA (Broadway’s “Be More Chill,” “New Amsterdam”) will play “Langston.” Lily’s older brother Langston is romantic, impulsive, and just a little immature. Having dropped out of college after experiencing his first heartbreak, he’ll happily give his sister advice on boys, but could stand to take some advice himself.

KEANA MARIE (“Huge in France”) will play “Sofia.” Dash’s old flame is thoughtful, serene and intelligent with a great sense of style. A sophisticated world traveler, her return to New York provides complications for Dash and Lily.

JAMES SAITO (“Always Be My Maybe”) will play “Arthur.” Lily’s loving but overprotective grandfather is an old-school New Yorker who’s as devoted to his family as he is allergic to compromise and change.