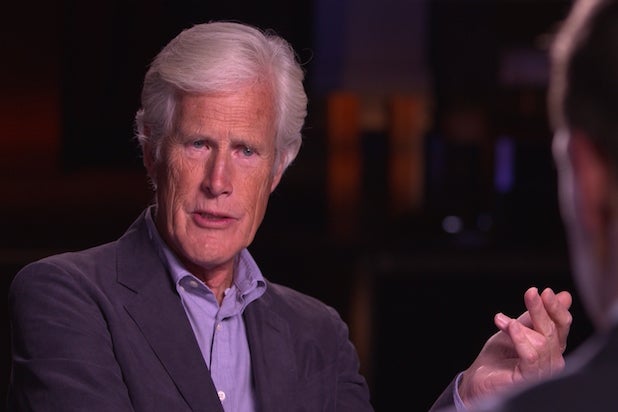 “Dateline NBC” correspondent Keith Morrison has developed a cult following for his quasi-creepy, sometimes poetic voice that provides narration of the show’s murder mystery episodes. But Morrison wasn’t always a fan of the true-crime reporting that has earned him legendary status, saying he was “dragged into it.”

“It wasn’t something I planned to do and I did not embrace it enthusiastically,” Morrison told TheWrap. “I found myself getting assigned to such stories. But then once there, it became so obvious that it was a remarkable and interesting field to plow.”

Morrison ended up liking true crime assignments for “a variety of reasons,” but he mostly enjoys getting the chance to “look at humanity raw and see where our boundaries are, or aren’t.”

Morrison’s popularity has risen to the such iconic status that BuzzFeed once published a listicle titled, “19 reasons why Dateline’s Keith Morrison is television’s greatest gift to mankind.” Morrison’s rendition of “The Night Before Christmas” has become a holiday tradition for many “Dateline NBC” fans and he was famously parodied on “Saturday Night Live.”

Morrison doesn’t always write the initial “Dateline NBC” script, depending on the circumstances. Sometimes a producer gets it started and Morrison adds his signature flair, and sometimes he writes it from scratch.

“I’ve been a reporter for, it’ll be 50 years in another few months, and over the course of that time, I’ve done all kinds of things. The most arrangement now is, we’ll go out and shoot a story. I work with a variety of incredible talents and accomplished producers,” Morrison said. “When we come back, generally speaking the producer will take the first run at [writing the narration] and then I muck around with the copy.”

TheWrap: At this point, can anything surprise you when it comes to crime?
Keith Morrison: You know, you do get to see a lot of the same patterns repeat themselves and it can be discouraging. But, to shed light on some of those patterns is probably not such a bad thing. One, for example, is the disturbing repetition of the relationship between a man and a woman where a young woman will find herself drawn into a controlling relationship with a man who she believes she must be in love with. Then, increasingly, she begins to feel she’s not a very good person because of what she’s hearing in this relationship … she winds up dead. That’s one that we’ve done frequently. It’s disturbing.

Do you change your voice for the poetic style of storytelling you deliver?
There is a cadence, you know. My mother was a music teacher and my dad was a minister. He would preach and sometimes when I was a kid he let me read the bible verse and I always enjoyed that. He was such a remarkable storyteller, some of that I absorbed. My mother used to talk about cadence and it’s importance to music, but it’s also very much a part of telling stories.

Speaking of cadence, how do you feel about Bill Hader‘s impression of you on “Saturday Night Live?”
He’s a very funny and very sweet man and I think he did a bigger favor for my career that I was ever able to do for my [own] career. It was very, very funny. When it first happened, I didn’t know what to think, whether to be embarrassed or to laugh … or feel what. My kid straightened me out and let me know that it was an honor to be parodied by Bill Hader. He really is a great guy.

Who referred to DNA as “pesky” first, Hader or yourself?
I will claim this until my dying days. I never used that phrase. It is an invention of Hader. But I don’t regret for a moment that he did. However, if somebody is able to offer me proof that I said it, it will be just another example of how frail human memory can be.

Do you ever get recognized strictly because of your voice? Like if you’re ordering a pizza …
You know, it’s one of the very sweet things about doing this work. I kind of have to pinch myself on a regular basis. It happens a lot. People are so nice to me about it. I am very lucky. I’m grateful.

How many black leather jackets do you own?
[Laughs] Good question, I’m not sure I know myself. I’d have to go back home and count. I had a weakness for them a few years ago and they did collect in the closet.

You famously appeared as yourself on an episode of “Seinfeld” back in 1992, how did that come about?
I don’t even know why they chose me. It was an accident in timing. I happened to be in between contracts. Someone called me one day and said, “I’m calling from ‘Seinfeld.’ We have this little quick thing and we wanted to know if you would mind doing it?” So, I said sure, and went over to the set and walked in, and there is Jerry Seinfeld. He was very nice. I was there maybe 20 minutes, half an hour, and I got back in the car and forgot all about it. It’s been running over and over. It’s bizarre because, of course, those entertainment shows have residuals. My little tiny part, I get a check for like $5 practically every month.

Did you ever make an appearance on “Blossom” or is that an internet rumor?
It was right around the same time as the “Seinfeld” thing. That one was a whole, day-long shoot. It was a story about how Blossom was running for class president and it was kind of a mock morning show, of which I was the mock host. It was a lot of fun. It played once or twice and then disappeared into the ether.

So it occurred? It mentions it on your IMDB page.
I have an IMDB page? Good lord.